Magician David Copperfield is scheduled to return to a Las Vegas courtroom this week for the continuation of his testimony in a civil trial, which centers on a slip and fall that occurred during one of his shows.

Original Wonder Woman recalls the night she was practically tossed out of a Las Vegas casino.

Seconds after Spencer Gallagher flashed across the finish line in NASCAR overtime to win his first Xfinity Series race, pit reporter and fellow Las Vegas native Jamie Little could not contain her enthusiasm. 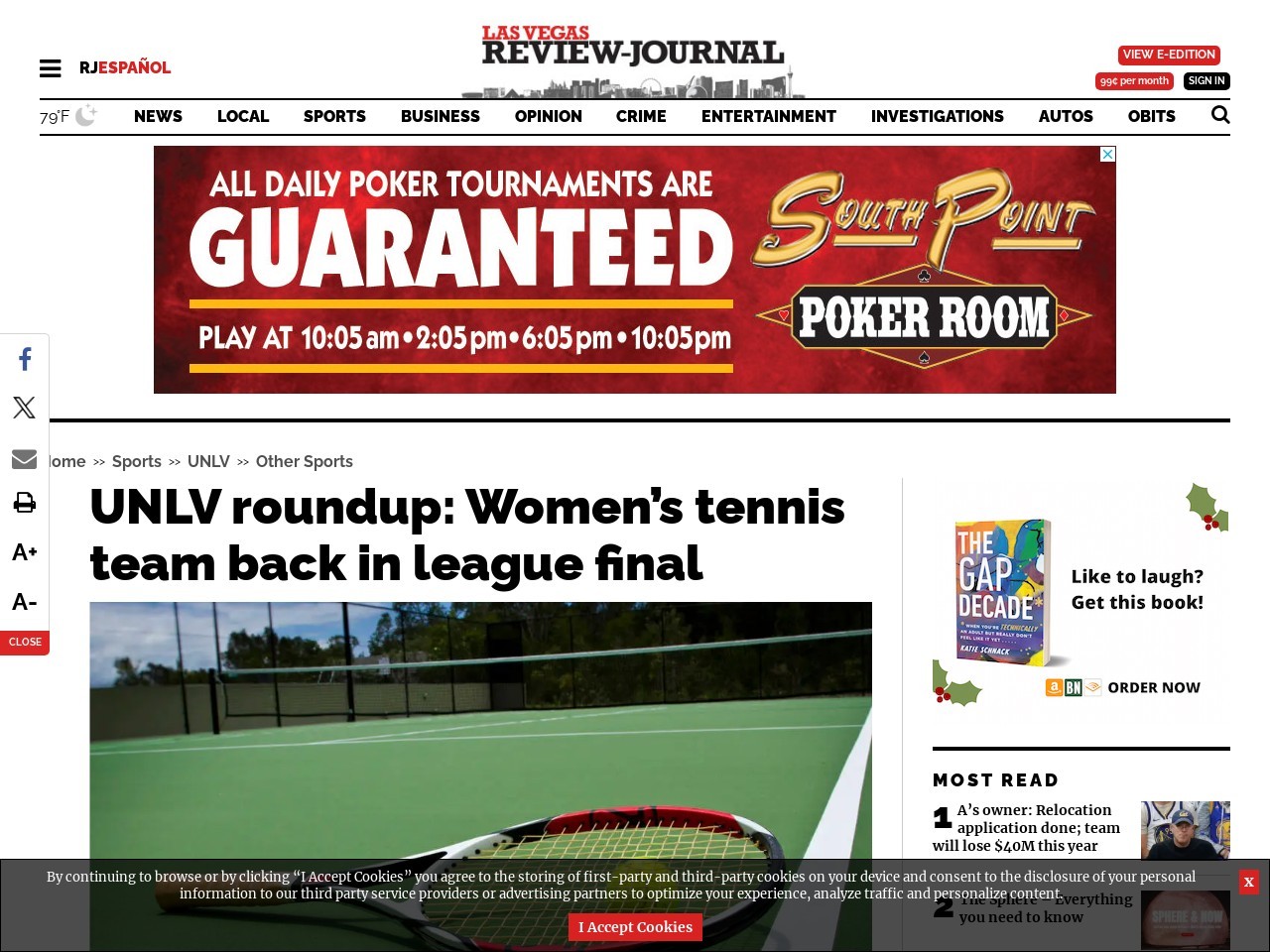 Top-seeded UNLV got past No. 5 seed Wyoming 4-2 in Boise, Idaho, on Saturday to advance to the Mountain West women’s tennis championship title match for the third straight season.

Jesse Welsh, currently the Clark County School District’s associate superintendent of curriculum and professional development, is seeking to move up to the top job in the nation’s fifth-largest district.

Jara, deputy superintendent of Orange County Public Schools in Orlando, Florida, is one of six finalists for the top job in the Clark County School District. The school board is expected to make its choice Wednesday.

Steve Wynn filed a lawsuit Thursday in Clark Country District Court against Jorgen Nielsen, one of two people to go on the record for the Jan. 26 Wall Street Journal article that alleged the casino mogul sexually harassed female employees for decades.

Haddad, superintendent of St. Vrain Valley School District in Longmont, Colorado, is one of six finalists for the top job in the Clark County School District. The School Board is expected to make its choice on Wednesday.