Las Vegas airport on track for another record-breaking year
www.reviewjournal.com

It’s still early, but the head of McCarran International said she believes the airport could have another record-setting year.

’66 Cadillac convertible to be highlighted at Sunday event
www.reviewjournal.com

Classic Cadillac enthusiasts and fans will again welcome the color and history of an iconic vehicle when the 13th annual Cadillac Through the Years car show is presented Sunday at Town Square Las Vegas.

A Subway spokesman told the Las Vegas Review-Journal on Thursday that the company is “implementing an aggressive revitalization plan.”

The newest member of the Metropolitan Police Department’s K-9 unit was introduced outside the South Central Area Command near the Strip, and he sported a Golden Knights jersey.

A Mexican mother of three and undocumented immigrant who was detained by federal immigration agents in late March filed a Freedom of Information Act request for records relating to her detention.

Dr. Kevin Menes, an emergency physician at Sunrise Hospital and Medical Center who took patients in the aftermath of the Oct. 1 shooting on the Las Vegas Strip, gave a keynote speech at the Emergency Nurses Association’s first regional symposium Thursday at Planet Hollywood Thursday.

Fans hoping for another series win over a divisional rival weren’t disappointed Thursday night as it was all Knights in a 7-0 rout over the San Jose Sharks. “This is something that you write a movie about,” Las Vegas fan Robert Tierney said of the young team’s storybook season.

With a 6-4 win over Albuquerque on Thursday night at Isotopes Park, Las Vegas has now won two straight games for the second time this season. 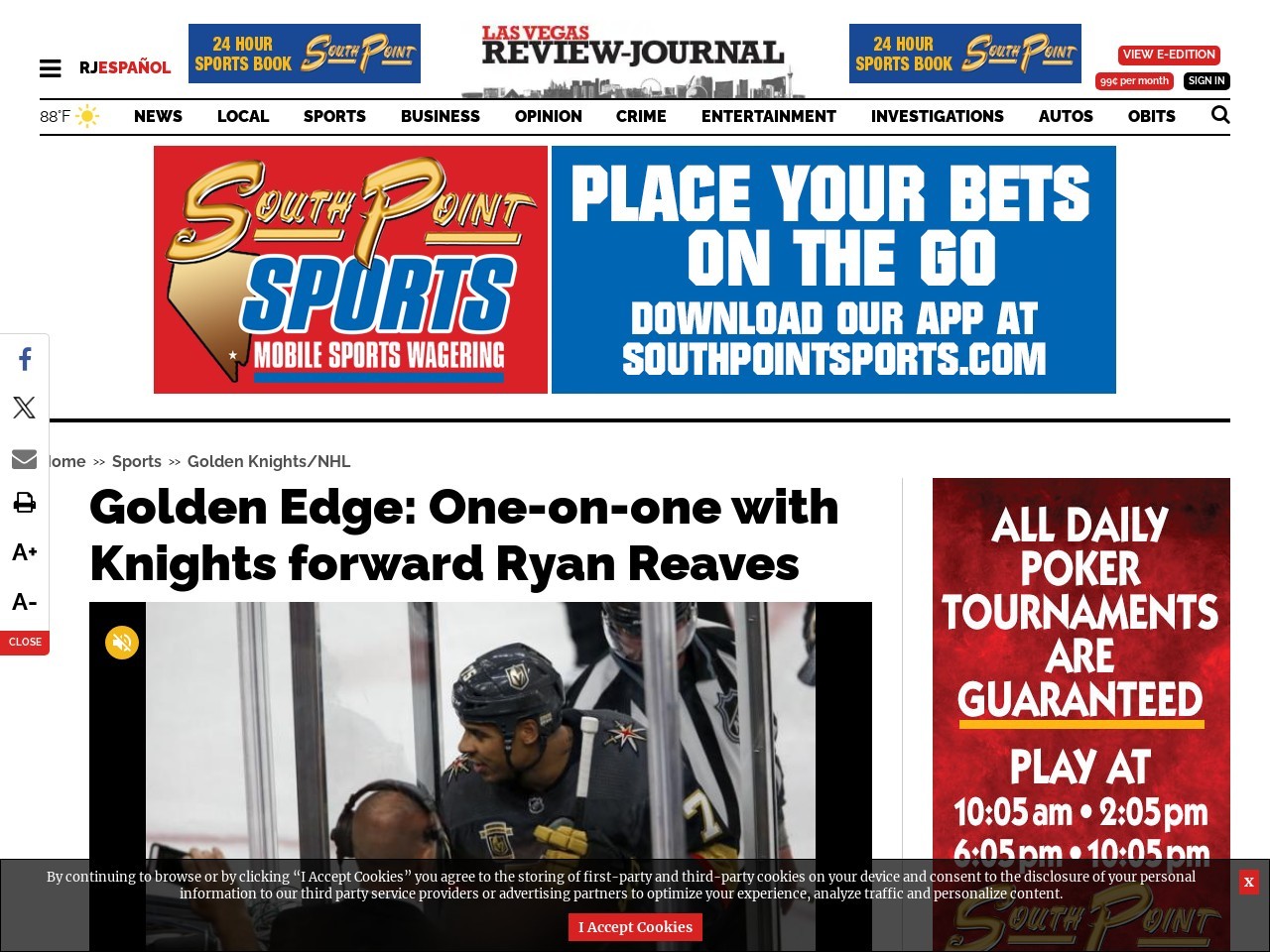 Bryan Salmond talks to Golden Knights forward Ryan Reaves about his time in Las Vegas, how he learned to be so physical and if it’s hard to find a fight on the ice these days.