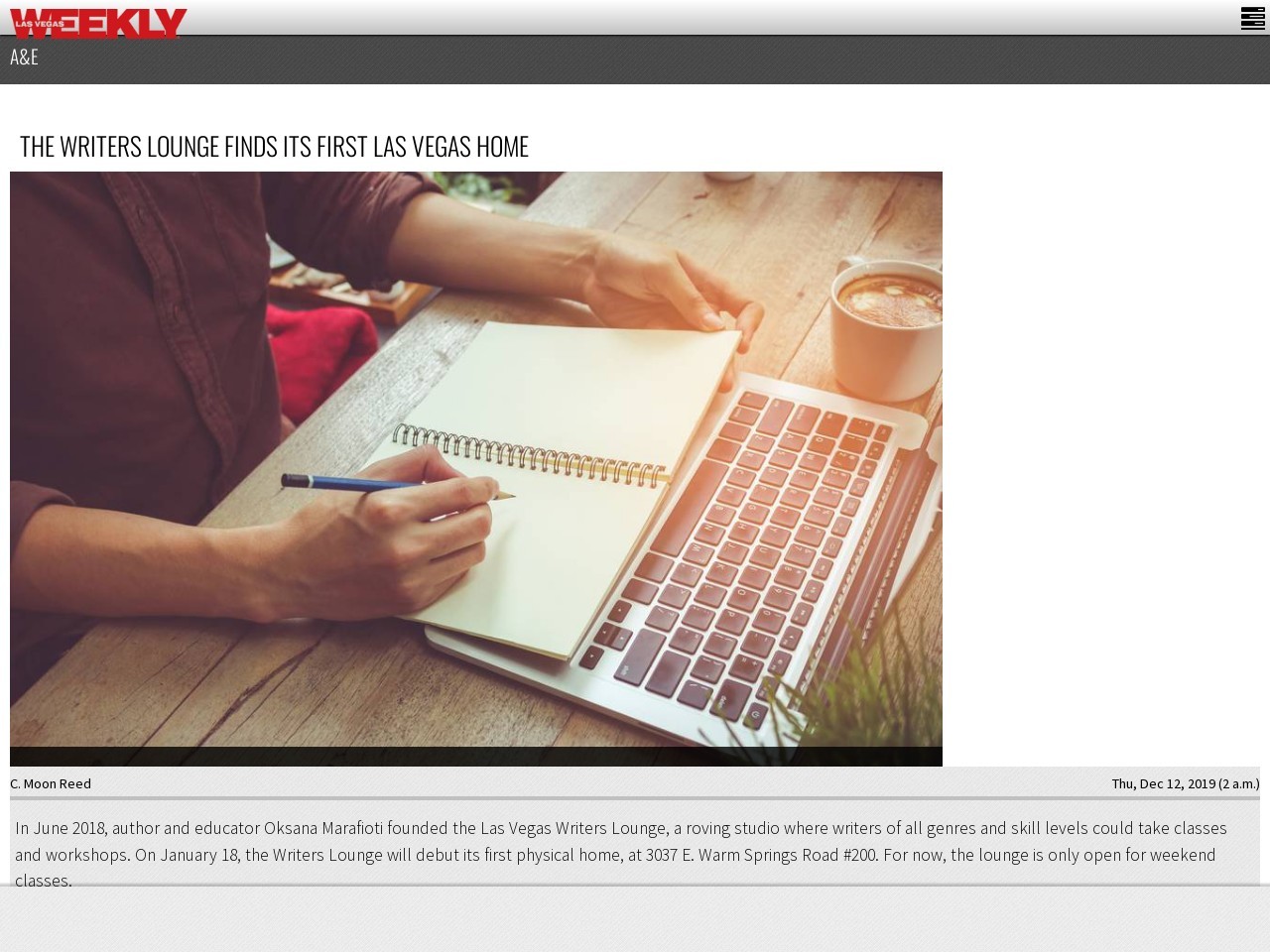 On January 18, the previously roving studio —where writers of all genres and skill levels can take classes and workshops—will debut 3037 E. Warm Springs Road #200.

“This stage is a bit smaller and more like a touring stage in the sense that it’s set up more like an amphitheater. It’s very rock ’n’ roll, very interactive stage, less formal.”

Resorts World president: ‘This will be a property like nobody’s ever seen in Las Vegas’
vegasinc.lasvegassun.com

On the north end of the Las Vegas Strip, a head-turning monster of a resort with two hotel towers is being built on an 88-acre site. With a $4.3 billion price tag …

For opening night, she seemed incredibly relaxed and comfortable on her new Vegas stage.

‘R.U.N’ director shows a new side in Vegas theater.

Also find the perfect backdrop for a holiday selfie.

Best Bets: Jason Aldean, Dwight Yoakam, the music of the Beatles and more for your Las Vegas weekend
lasvegassun.com

Take your pick from two holiday concert styles by the Las Vegas Philharmonic this weekend.

Sun on the Strip Podcast: Party at the Palms with Mondays Dark
lasvegassun.com

It’s holiday party season and one of the biggest charitable events of the season in Las Vegas is taking over the Pearl Theater at the Palms this week. Mondays Dark is celebrating its sixth anniversary and raising …