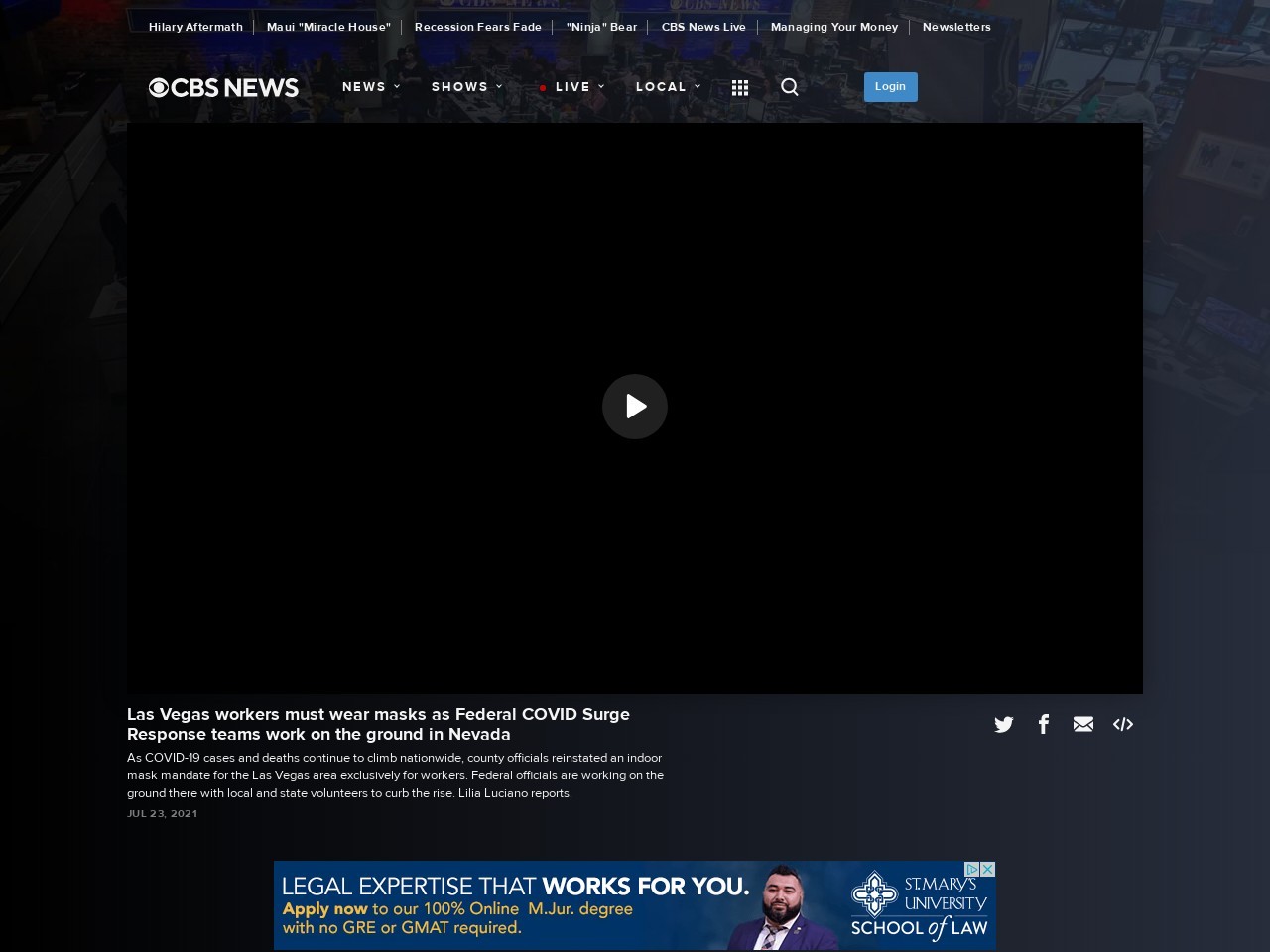 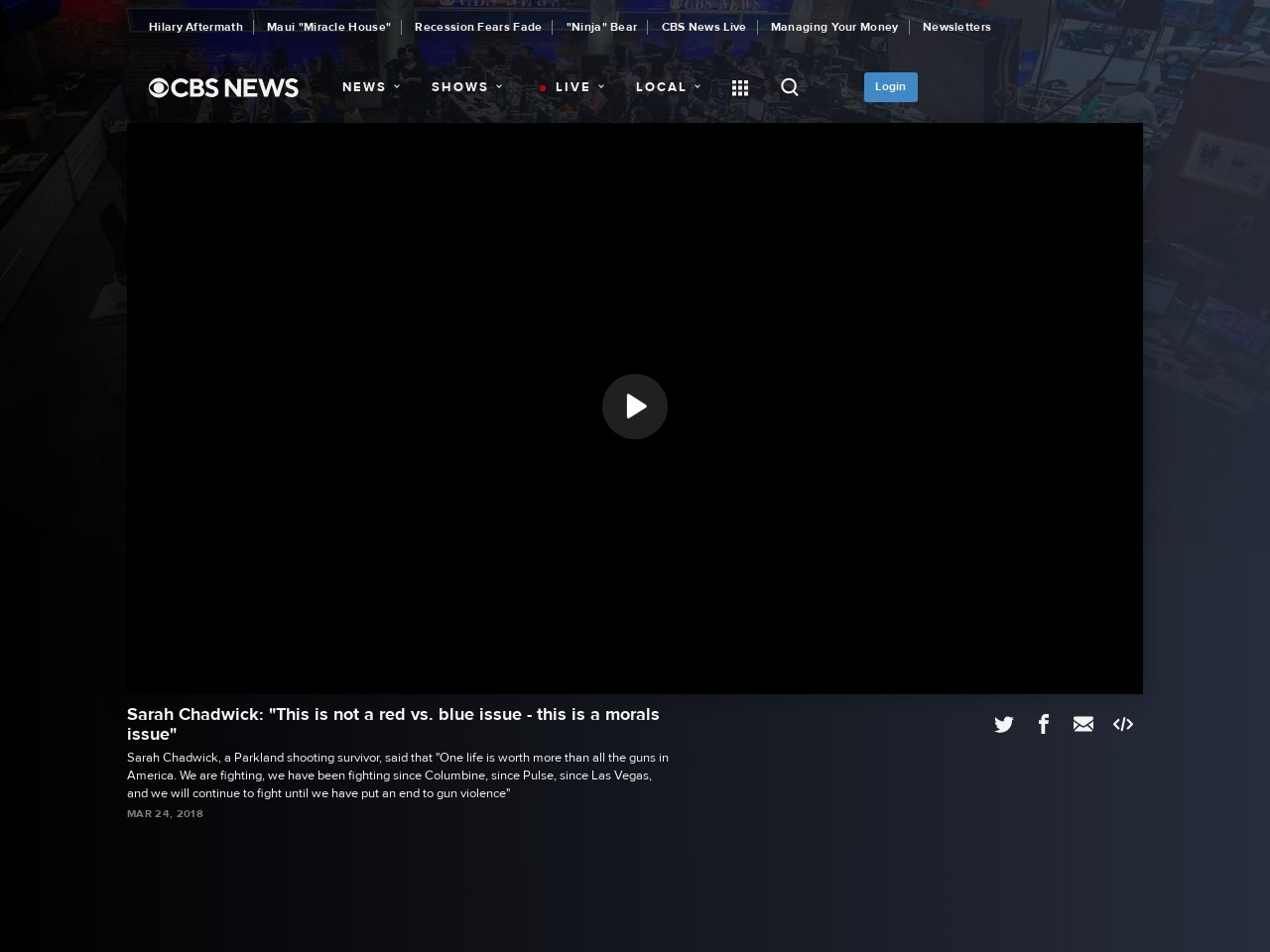 Sarah Chadwick: "This is not a red vs. blue issue – this is a morals issue"
www.cbsnews.com

Sarah Chadwick, a Parkland shooting survivor, said that “One life is worth more than all the guns in America. We are fighting, we have been fighting since Columbine, since Pulse, since Las Vegas, and we will continue to fight until we have put an end to gun violence”

A new perspective on timeline of Las Vegas massacre
www.cbsnews.com

The New York Times stitched together a new timeline illustrating how events may have unfolded the night of the Las Vegas massacre. Malachy Browne is a senior story producer at the Times and joins CBSN to discuss. 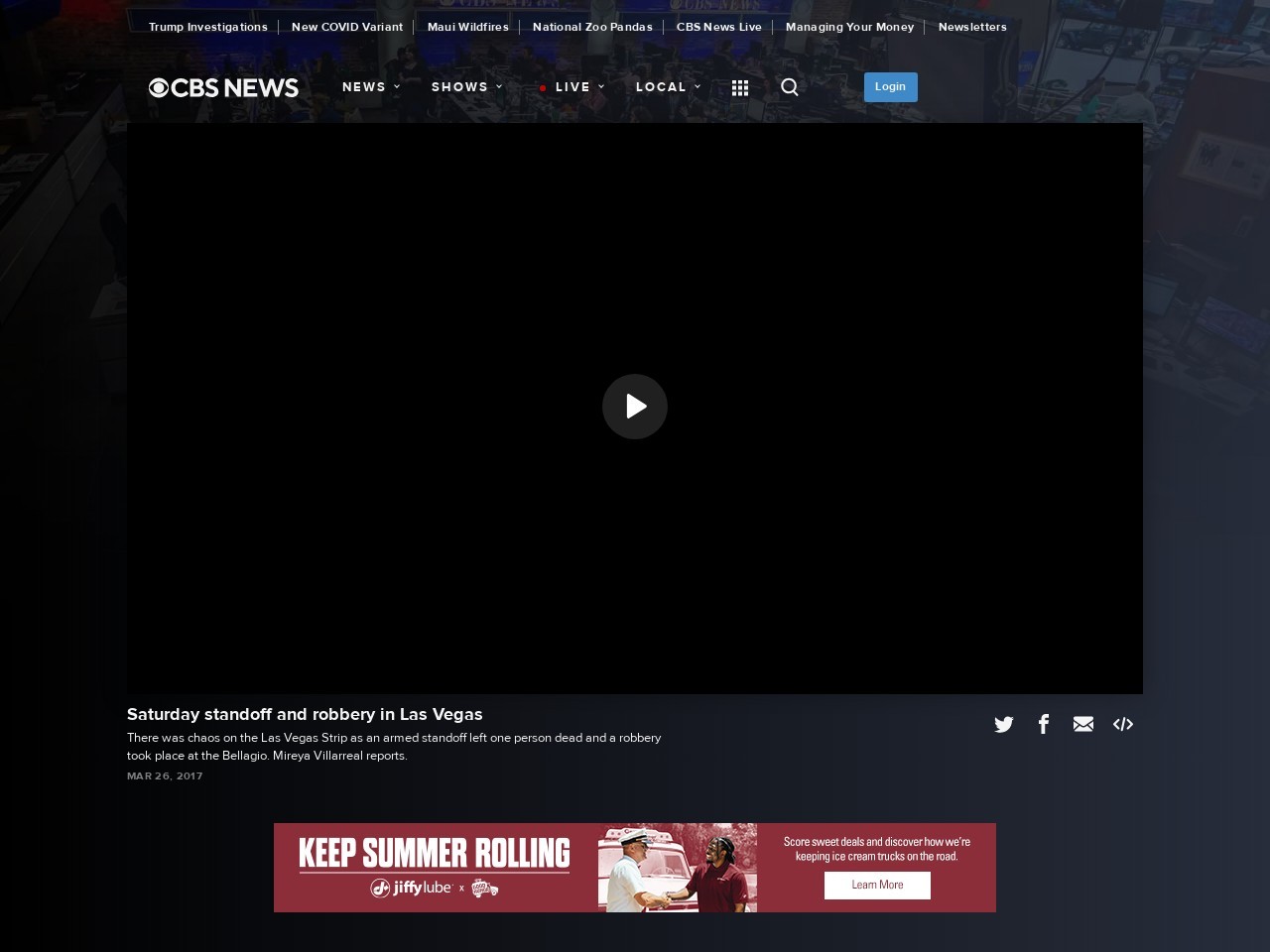 There was chaos on the Las Vegas Strip as an armed standoff left one person dead and a robbery took place at the Bellagio. Mireya Villarreal reports.

Who killed a Las Vegas mob boss’s daughter? Could the answers be in an unprecedented interview with millionaire Robert Durst? “48 Hours” correspondent Erin Moriarty investigates Saturday Feb. 11 at 9 p.m. ET/PT on CBS.