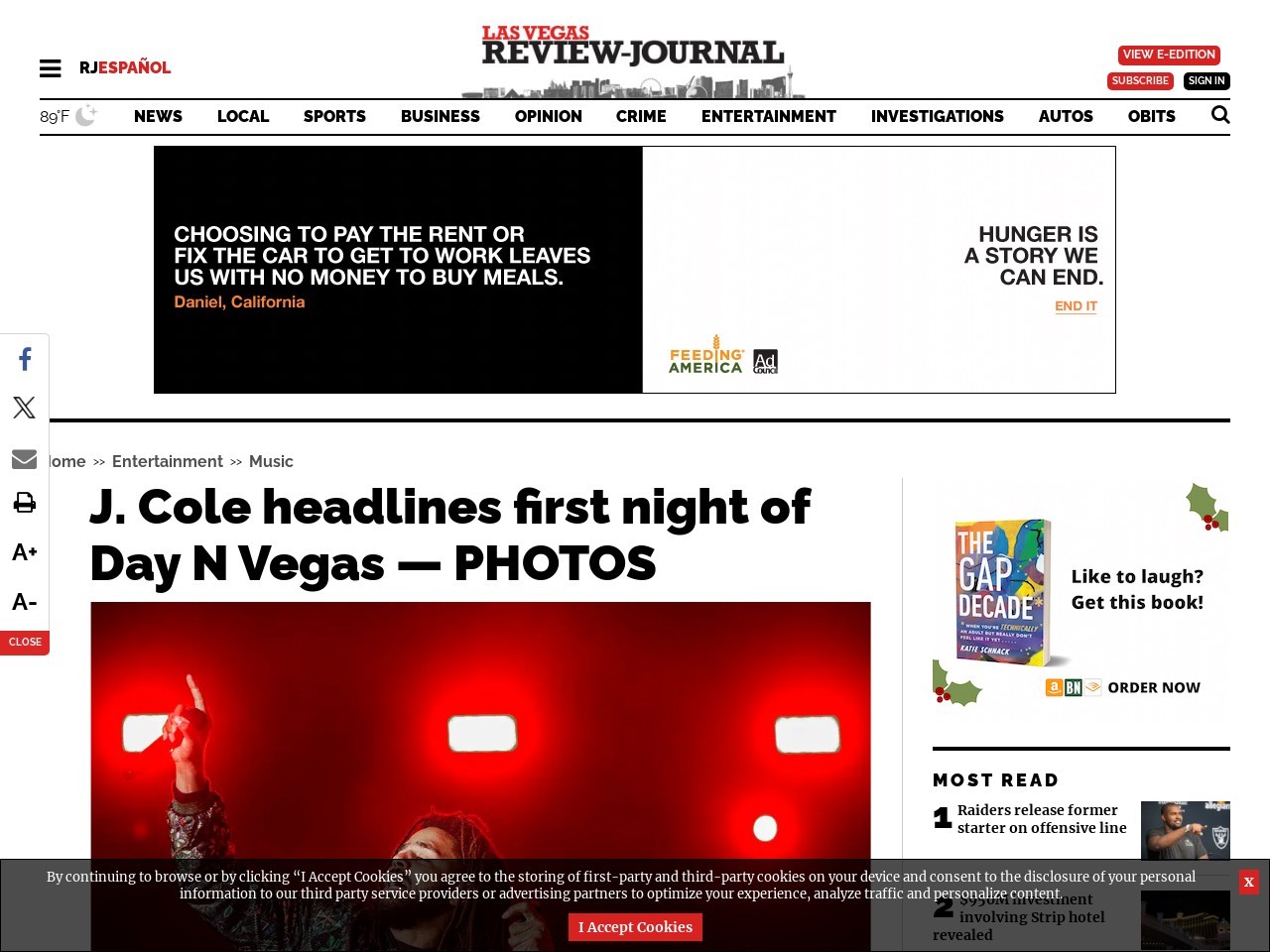 Having headlined Life is Beautiful in 2016, J. Cole returned to top another local festival bill at Day N Vegas.

The launches followed statements of displeasure by top North Korean officials over the slow pace of nuclear negotiations with the United States.

UNR president to return to teaching economics next year
www.reviewjournal.com

Marc Johnson, who has held he university’s top post since 2011, will transition into a teaching position in June, the university announced Thursday.

TV best bets for the week of Nov. 3
www.reviewjournal.com

The legend of Lady in Red lives on at Tonopah’s Mizpah Hotel
www.reviewjournal.com

Tonopah’s Mizpah Hotel doesn’t shy away from its status as one of the top haunted hotels in America. Especially this time of year.

Howie Kendrick, Anthony Rendon and the Washington Nationals completed their amazing comeback journey — fittingly with one last late rally on the road. In Game 7 of the World Series, no less.

Athletes of the week — Oct. 31
www.reviewjournal.com

Here are some of the top performances for the week of Oct. 21-26.