The Buckeyes, who have beaten their four Big Ten opponents by an average of 38.8 points, are consensus 14½-point favorites. 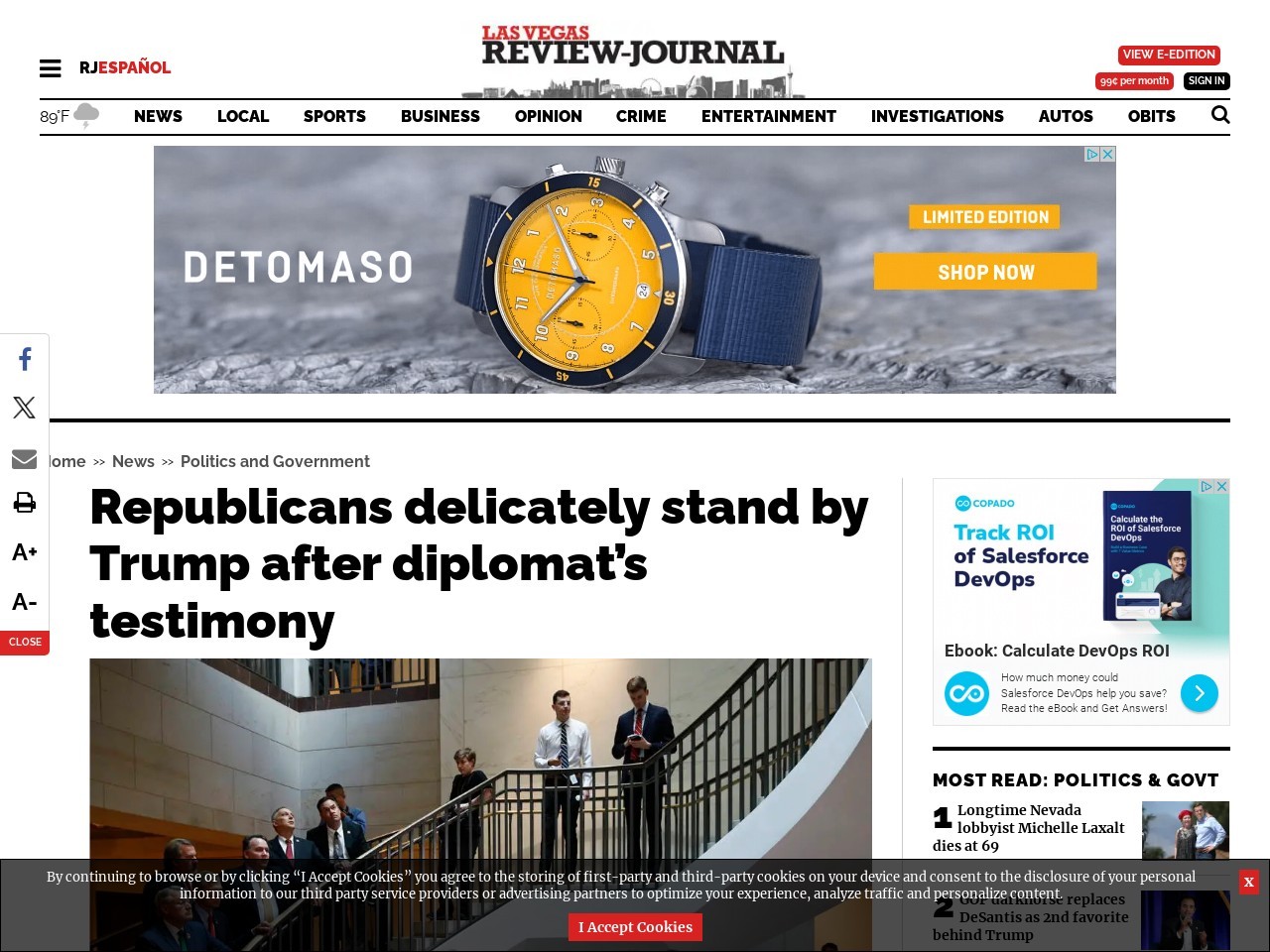 Wednesday was a day of careful counterargument by congressional Republicans, the day after America’s top envoy in Ukraine gave House impeachment investigators an explosive, detailed roadmap of President Donald Trump’s drive to squeeze that country’s leaders for damaging information about his Democratic political rivals.

The team’s top wide receiver has missed the last two games with plantar fasciitis and is considered questionable to play on Sunday in Houston.

Sean Doolittle pitched a perfect ninth for the save, only the second 1-2-3 inning on a night that Washington relievers were given a three-run lead and just held on.

Projecting the playoff teams in each conference, and then ranking them heading into Week 8.

After weighing a possible sale of the company, Summerlin developer Howard Hughes Corp. has replaced its top boss and unveiled other plans to save and make money.

After holding Pittsburgh scoreless on its four chances with the man advantage Saturday, the Golden Knights owned the top penalty-killing unit at 94.3 percent.