China to send its top trade negotiator to US for talks
www.reviewjournal.com

The escalating dispute between the world’s two largest economies has depressed stock prices and poses a threat to the global economy.

Syria’s top diplomat demanded Saturday the immediate withdrawal of American and Turkish forces from the country and said his government reserves the right to defend its territory.

The 20-year-old top prospect might start the season in Las Vegas after upper-body injuries to right wing Alex Tuch and center Cody Eakin. 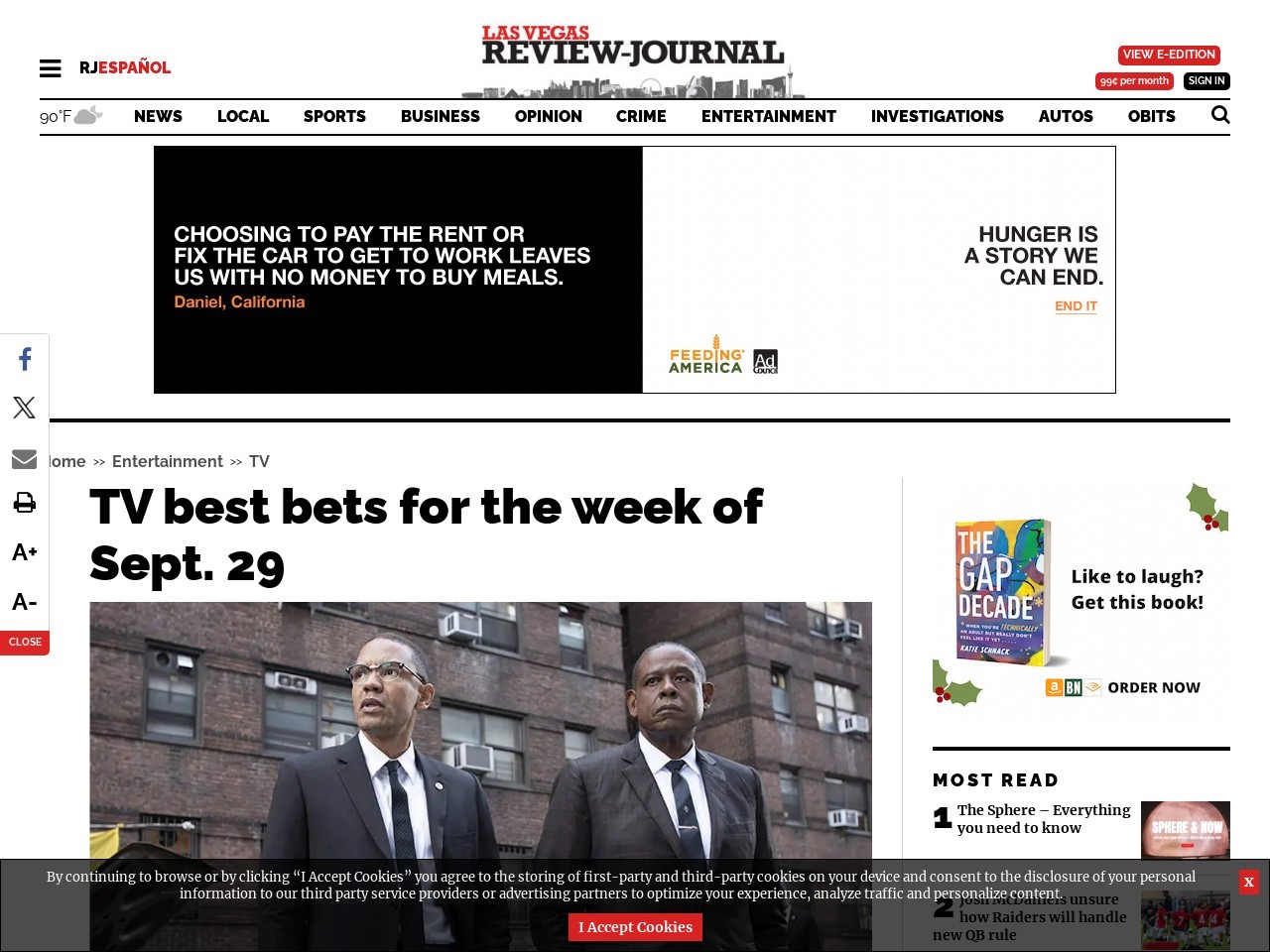 TV best bets for the week of Sept. 29
www.reviewjournal.com

This week’s top choices include the premiere of “Godfather of Harlem,” starring Forest Whitaker.