The Golden Knights are the top-selling NHL team the ticket exchange website StubHub for the third straight season, and outsell the second-place New York Rangers by 28 percent.

Months before an indictment was unsealed, a top prosecutor in the Nevada attorney general’s office recommended not filing criminal charges in a prison killing.

Odell Beckham Jr., traded from the New York Giants in March, helped the Cleveland Browns (1-1) bounce back from a 30-point loss to Tennessee in their opener to top the Jets (0-2) and give Freddie Kitchens his first win as Cleveland’s coach.

The Raiders held a 10-0 lead after the first quarter, but Kansas City Chiefs quarterback Patrick Mahomes threw for four touchdowns in the second quarter.

The Knights coach indicated he will not deviate from the top two forward lines he used at the end of last season in an effort to find more offense. 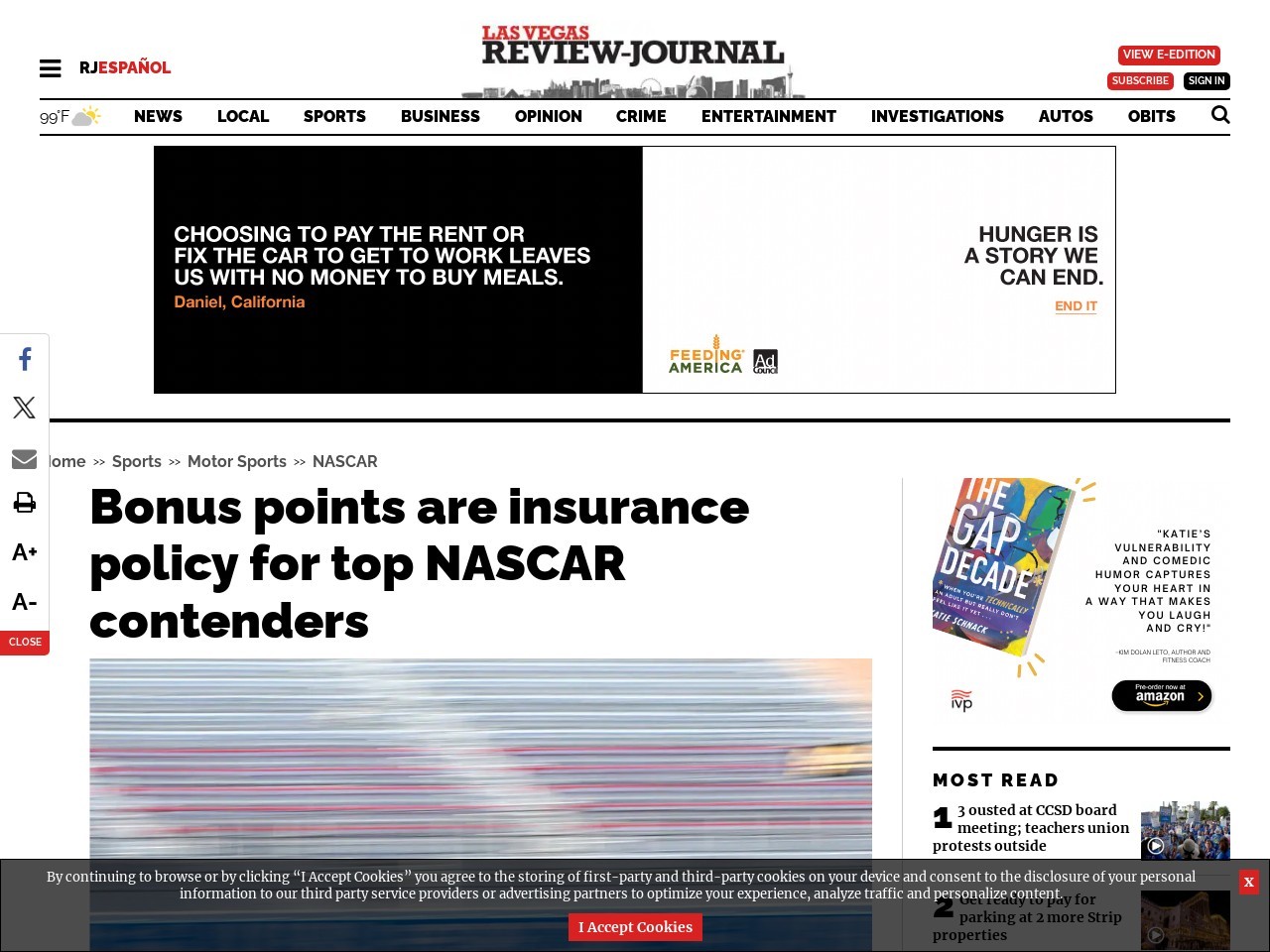 NASCAR finally may have succeeded in creating a balance between the 26-race regular season and playoffs that begin Sunday with the South Point 400 at Las Vegas Motor Speedway.

Liberty falls to 0-4 with 63-29 loss to California school
www.reviewjournal.com

Centennial was the fourth straight team that the Patriots have faced to start the season that finished 2018 ranked in the top 40 nationally.