There was plenty of interest in Tuesday’s Bishop Gorman vs. Clark boys basketball game, with the area’s top two teams squaring off. There was even more intrigue when Clark standout Trey Woodbury didn’t suit up for the Chargers.

Protesters gathered across Russia to support opposition leader Alexei Navalny’s call to boycott the March presidential election, and Navalny himself was arrested while walking to the Moscow demonstration.

Gordon Ramsay, an ex-soccer prospect in Scotland before a knee injury sidelined his athletic career, is still in top shape and fired up about his new restaurant.

Alex Noren of Sweden has all the credentials to be on the fringe of the elite in golf. He is a nine-time winner on the European Tour, including the flagship BMW PGA Championship, and he cracked the top 10 in the world when he won four times in 2016.

Las Vegas home values have more than doubled since 2011
www.reviewjournal.com

Las Vegas home values have more than doubled since hitting bottom, but they still have a longer climb back to the top than in other cities, a new report shows.

Among the signature drinks 1 Oak has created to celebrate Matt Goss’ ongoing engagement is this take on the classic Godfather. The team classes up the Tuxedo by adding a splash of maraschino liqueur to compliment the cherry on top.

The three-man band of Billy Gibbons, Dusty Hill and Frank Beard has been a unit for nearly 50 years 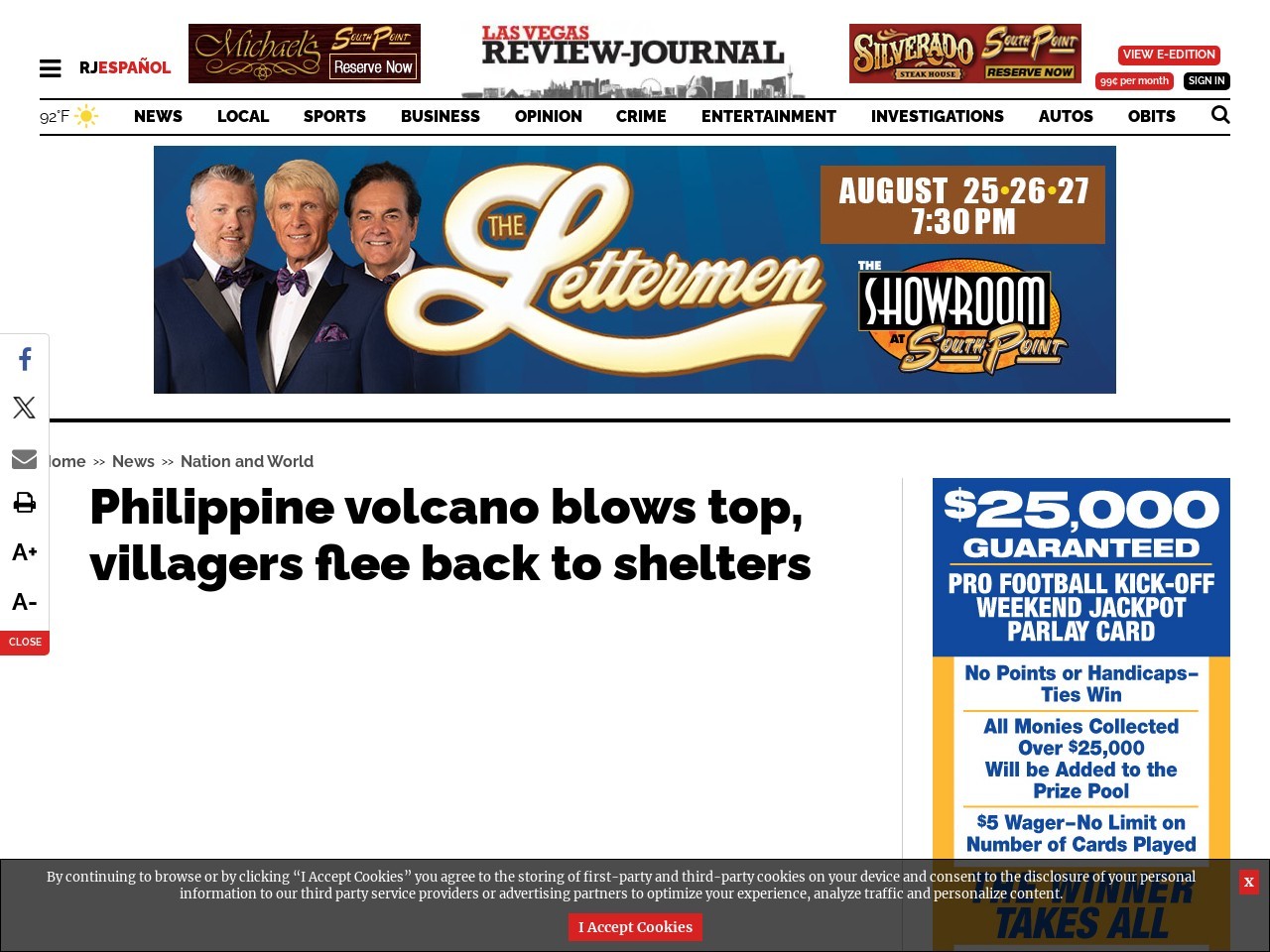 The Philippines’ most active volcano ejected a huge column of lava fragments, ash and smoke in a thunderous explosion Monday, sending thousands of villagers back to evacuation centers and prompting a warning that a violent eruption may be imminent.