The wave of sexual misconduct allegations that toppled Hollywood power brokers, politicians, media icons and many others was the top news story of 2017, according to The Associated Press’ annual poll of U.S. editors and news directors.

WASHINGTON — A shift in the political landscape in 2017 begins with the dizzying domination of the news cycle by President Donald Trump’s Twitter account, the reckoning of sexual harassment allegations, tragic mass shootings and the stumbling governance of Republicans in Congress.

COMMENTARY: The Top 10 most interesting statistics of 2017
www.reviewjournal.com

On guns, wine and parking spaces

The big question: Does the carrot juice in this Atomic Liquors cocktail improve your eyesight as it makes it blurry?

Clark junior Jalen Hill is emerging as one of the top wing players on the West Coast, and already has scholarship offers from UNLV and some Pac-12 colleges.

Raiders’ spirit of giving results in 19-10 gift to Eagles
www.reviewjournal.com

The Raiders had five second-half turnovers in a 19-10 loss that gave the Philadelphia Eagles the NFC’s top playoff seed, assuring them homefield advantage in January. 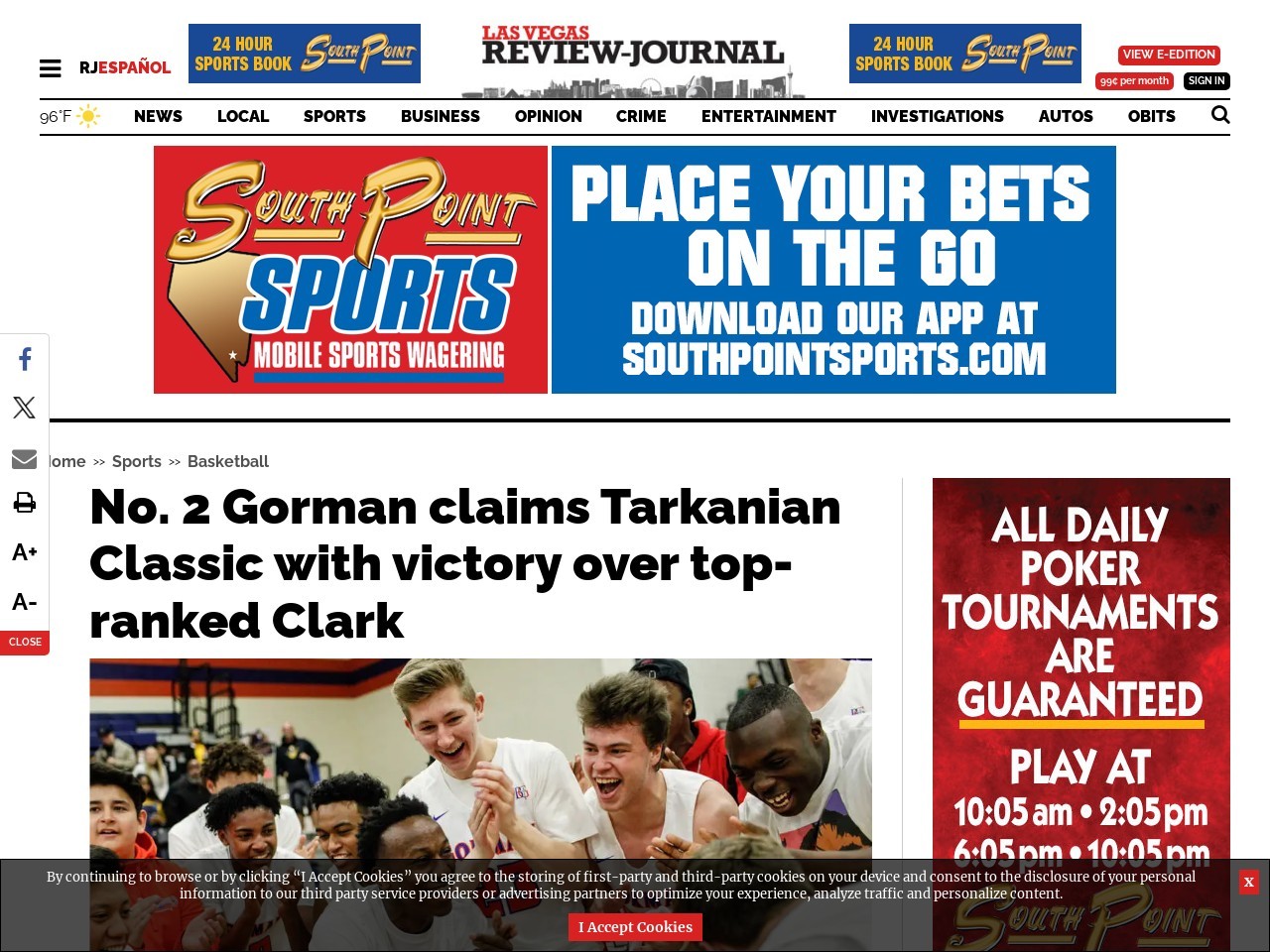 Sophomore Noah Taitz hit five 3-pointers and finished with a game-high 26 points to lead Bishop Gorman to a 69-56 home victory over Clark in the Platinum Division championship of the Tarkanian Classic on Saturday.