Sunny conditions are expected, with high temperatures closer to normal for this time of year. Highs are forecast in the mid 70s for next week. 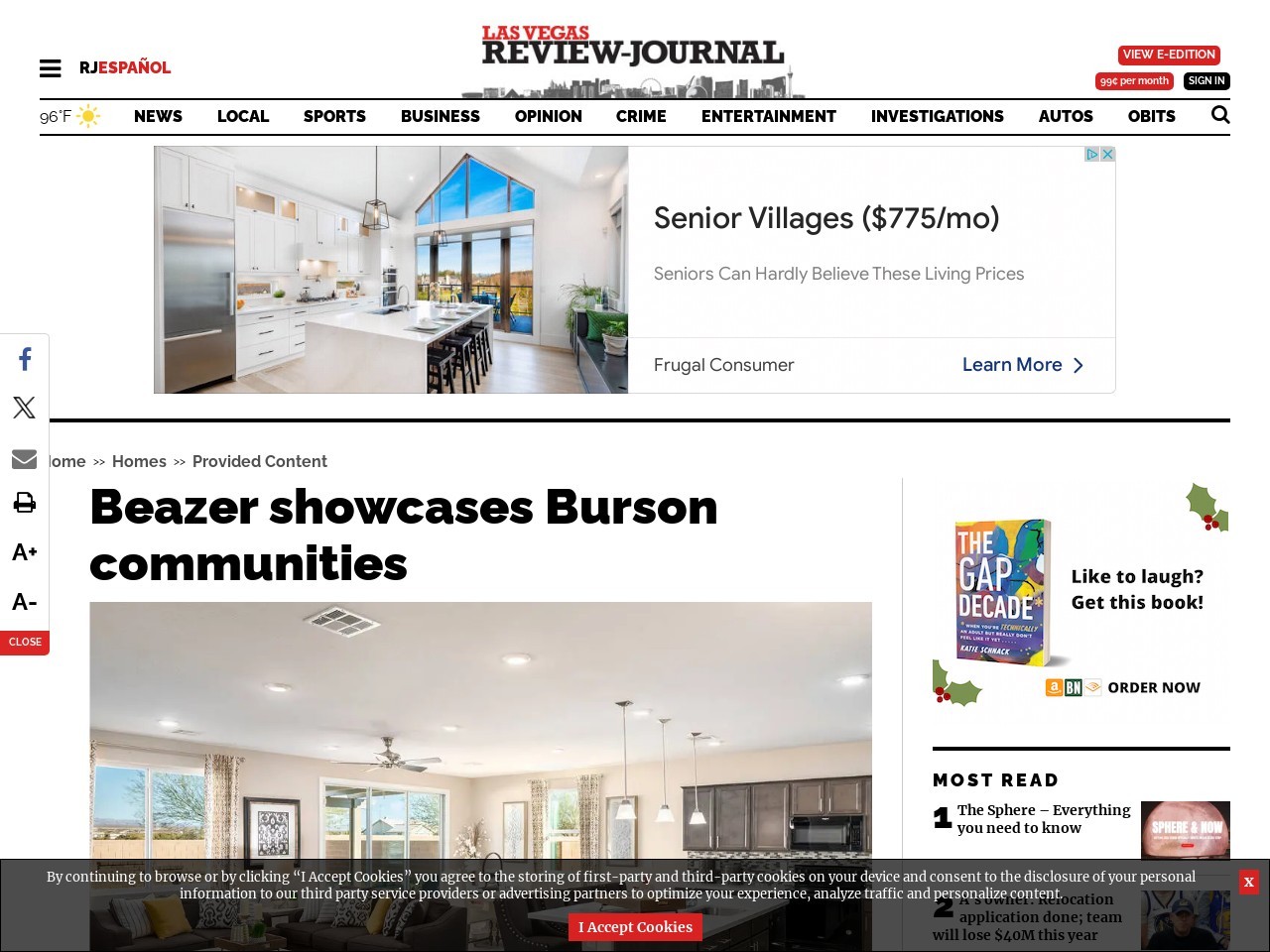 Beazer Homes is showcasing its growing collection of new single- and two-story homes at its Burson master-planned community in Pahrump. When it comes to square foot per dollar, Burson Ranch and Burson Enclave deliver unbeatable value in a uniquely serene setting just 45 minutes from Las Vegas.

Posts across social media have played a sample of a new song, “Stupid Love,” and hints that it will be the first single off Lady Gaga’s next album.

5 places in Las Vegas to get elegant eggplant
www.reviewjournal.com

Delightful, versatile vegetable can be a main course, side dish or accompaniment.

When qualifying for the Dodge NHRA Nationals began Friday, four women were front and center in taut title battles with two races left in the Countdown for the Championship.