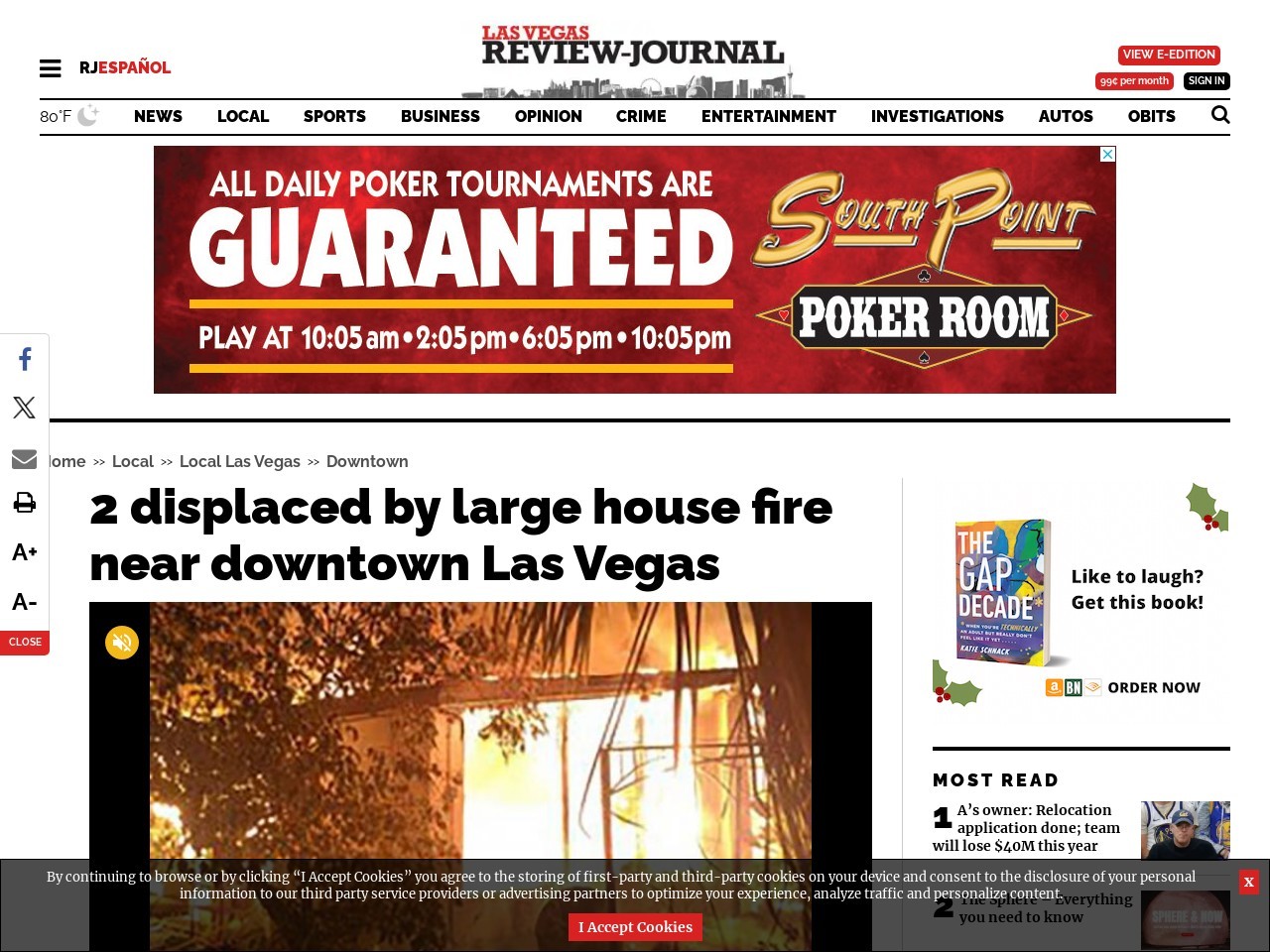 Two people were displaced when a two-alarm fire caused heavy damage to a home near downtown Las Vegas early Friday.

Friday’s forecast calls for a sunny sky, highs 69 to 72 with northeast winds up to 10 mph. Overnight lows will range from 41 to 46, according to the National Weather Service.

With the Automotive Aftermarket Products Expo and the Specialty Equipment Market Association Show expected to bring thousands of automotive aftermarket professionals to Las Vegas, room rates along the Strip and beyond are starting to surge. 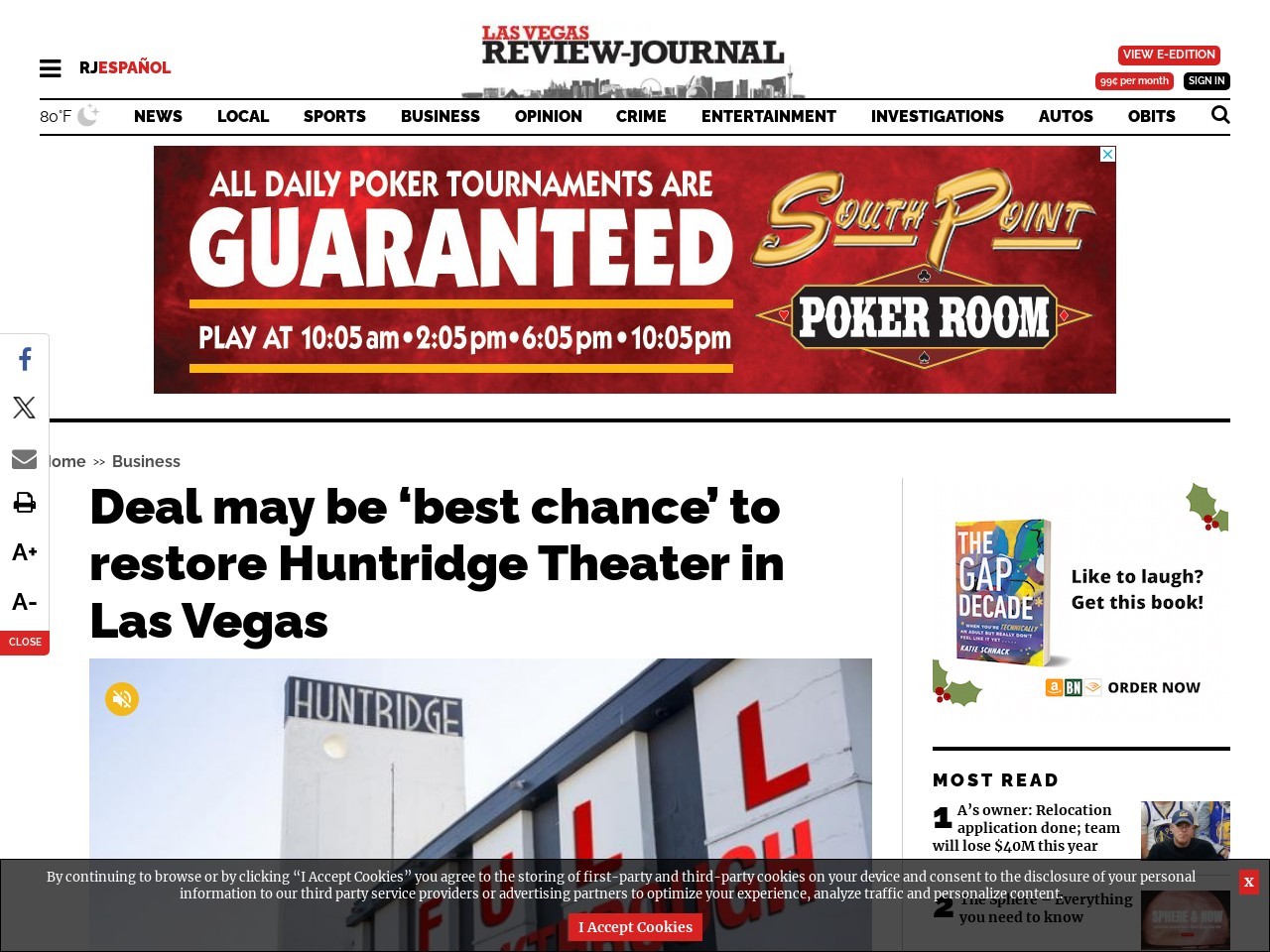 Deal may be ‘best chance’ to restore Huntridge Theater in Las Vegas
www.reviewjournal.com

In the latest attempt to pump life into the Huntridge Theater, a local developer is looking to buy and rehab the building — and a city official said it’s the “best chance we’ve ever had” to get the theater open.

Mexican icon Canelo Alvarez can strengthen his legacy with a victory over WBO light heavyweight champion Sergey Kovalev on Saturday in their title fight in Las Vegas.

The Nevada Highway Patrol is asking for the public’s help finding a man suspected of stealing a Dodge Challenger and hitting a patrol car on Wednesday.