Angela’s House auctioned off artwork Oct. 17 created by clients who are blind. It’s Nevada’s only skills training center to help those who are blind or visually impaired.

Hundreds of industry professionals headed to the Westgate this week to check out the latest commercial drone technology and equipment on display at the annual Commercial UAV Expo.

The former owner of BR Tax and Immigration Service in Las Vegas was sentenced Tuesday to 14 months in prison after pleading guilty to conspiracy to present false claims. 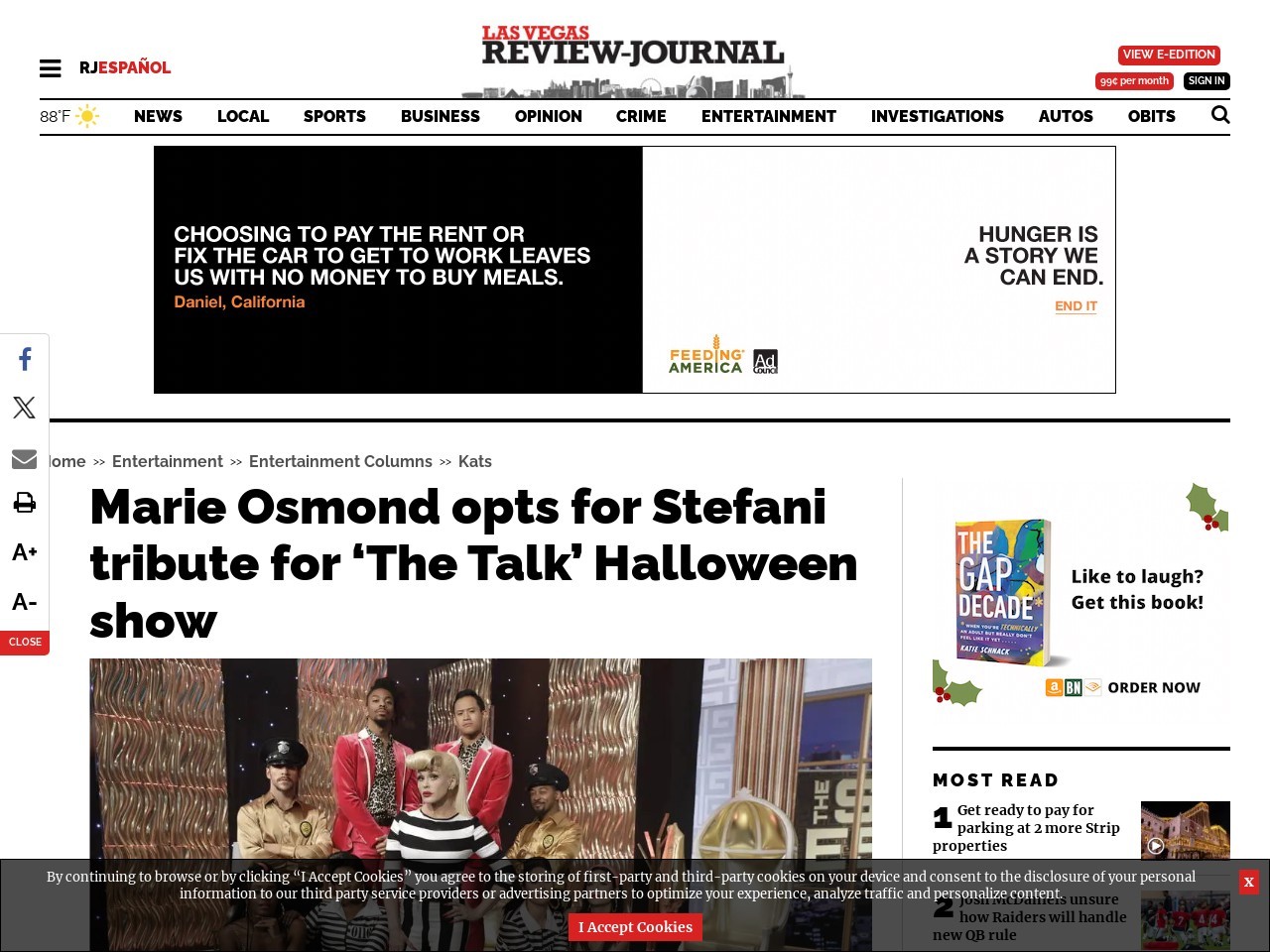 Marie Osmond began preparing for her Gwen Stefani costume more than a month ago, backstage at “The Talk,” and later, on her private plane from L.A. back to Las Vegas.

The Operation Care Package drive, a collaboration among the Las Vegas United Service Organization, Nellis Air Force Base and the Right Lawyers, will continue through Nov. 10.

A Las Vegas detective arrested in October allegedly stole methamphetamine during an investigation to give to a woman he had a “personal relationship” with.

Las Vegas police are asking for the public’s help in identifying two men who robbed another man at a convenience store earlier this month.