Deals with Churchill Downs, Wynn Resorts and Great Britain’s Smarkets will generate millions of dollars from sportsbooks in Indiana and Colorado for Full House Resorts.

Gaming officials will test areas of regulation they’ve never used before as they consider whether Steve Wynn should be stripped of his gaming license.

Executives at the company “mentally abuse” the therapist, who said she was forced to perform sex acts on Steve Wynn from 2012 to 2016

Smokey Robinson gave up baseball, but he’s still a hit on the Strip
www.reviewjournal.com

Smokey Robinson is back at Encore Theater at Wynn Las Vegas on Friday and Saturday nights. At age 79, Robinson still finds joy in performing his hits for a live audience.

Callister Law Group in Las Vegas sent the letter Thursday to Little A’Le’Inn owner Connie West on behalf of Matty Roberts, who this week abandoned his affiliation with the event in Rachel.

‘Storm Area 51’ creator pulls out of Alienstock, but event will go on
www.reviewjournal.com

Matty Roberts alerted Connie West, owner of the Little A’ Le’ Inn, where Alienstock is taking place, that he was no longer going to be part of the festival just 11 days before it is slated to begin. 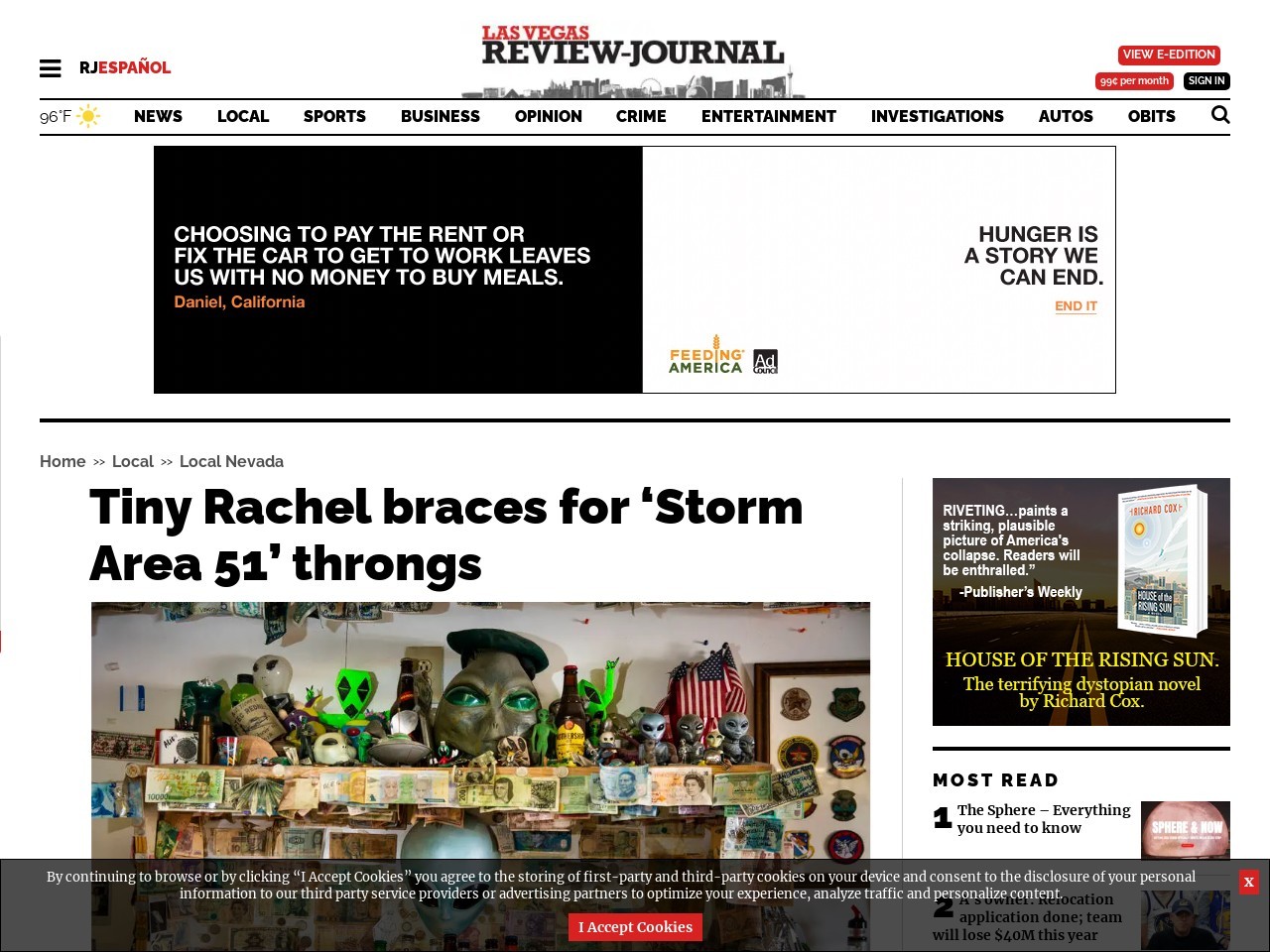 “It’s exponentially crazier than it’s ever been, and I have a crazy life,” says Connie West, co-owner of the Little A’Le’Inn.