Massachusetts regulators to get report on Steve Wynn investigation
www.reviewjournal.com

The Massachusetts Gaming Commission will receive a report from its Investigations and Enforcement Bureau Friday on its findings on accusations of sexual harassment by Steve Wynn and what company executives knew about it.

The New York Jets and former Pittsburgh Steelers running back Le’Veon Bell have agreed on a deal, a person with direct knowledge of the negotiations told The Associated Press early Wednesday morning. 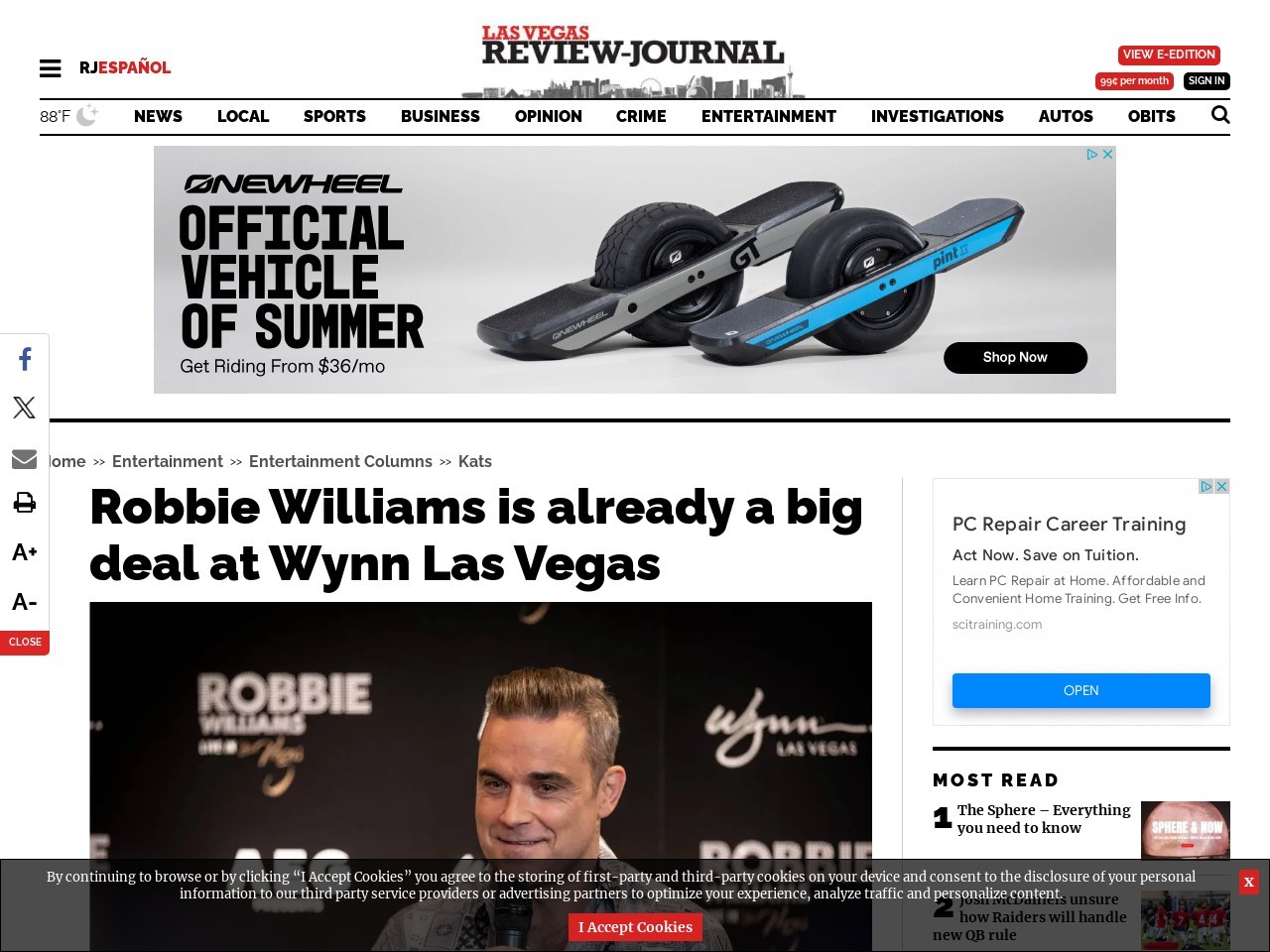 This is really the Robbie Williams Show, opening Wednesday night, and he’s already sparked intrigue in the Vegas entertainment scene with his swift ticket sales.

Wynn Resorts harassment saga is far from being over
www.reviewjournal.com

The Wynn Resorts matter may be over but the tentacles connecting the company to former executives may live on for a long time.

The Massachusetts Gaming Commission expects Steve Wynn’s lawsuit against it and its chief investigator to be dismissed, clearing the way for a suitability hearing for new Wynn Resorts executives and board members.

Wynn Resorts Ltd. is in trouble with Nevada regulators — but not explicitly for its board of directors and executives turning a blind eye toward sexual harassment.

How much, if anything, will Wynn Resorts Ltd. be fined by regulators when the Nevada Gaming Commission meets in a special session Tuesday to consider a 10-count sexual harassment complaint from the state Gaming Control Board?

On Wednesday, the Massachusetts Gaming Commission unanimously voted for its legal team to settle a lawsuit filed against it by former Wynn Resorts CEO Steve Wynn.

Mass. horse track says it should have won license, not Wynn
www.reviewjournal.com

A Massachusetts company is using Wynn Resorts Ltd.’s planned settlement of a Nevada complaint as evidence that it was unsuitable for a gaming license and shouldn’t have been picked to build a resort near Boston.