A new perspective on timeline of Las Vegas massacre
www.cbsnews.com

The New York Times stitched together a new timeline illustrating how events may have unfolded the night of the Las Vegas massacre. Malachy Browne is a senior story producer at the Times and joins CBSN to discuss.

There was chaos on the Las Vegas Strip as an armed standoff left one person dead and a robbery took place at the Bellagio. Mireya Villarreal reports.

Who killed a Las Vegas mob boss’s daughter? Could the answers be in an unprecedented interview with millionaire Robert Durst? “48 Hours” correspondent Erin Moriarty investigates Saturday Feb. 11 at 9 p.m. ET/PT on CBS. 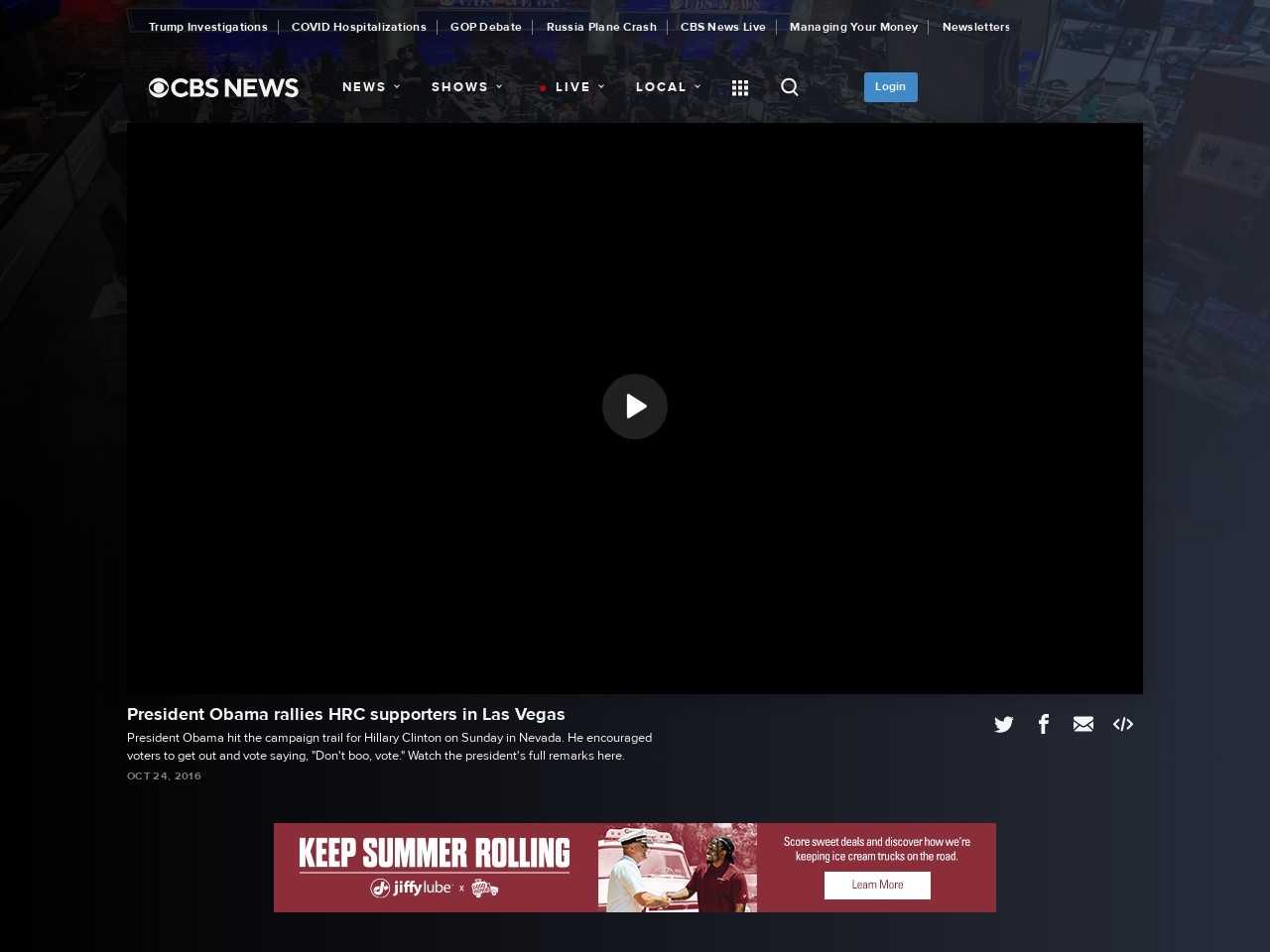 President Obama hit the campaign trail for Hillary Clinton on Sunday in Nevada. He encouraged voters to get out and vote saying, “Don’t boo, vote.” Watch the president’s full remarks here.

After a two-hour standoff Thursday, Las Vegas police arrested a suspect in the apparent road rage shooting that left a mother of four dead. The case took a turn after it was revealed that the suspect and the mom knew each other. John Blackstone reports.

As Hillary Clinton spoke at a scrap recycling convention in Las Vegas, a woman in the audience threw a shoe at the former Secretary of State. The woman was taken into federal custody and will face criminal charges. Scott Pelley reports.