There’s a sense that the NBA and NHL, the two major leagues that paused their seasons in mid-March, will set the precedent for when to restart their seasons. Both have TV deals that …

Chillz’s voice and lyrical pacing might draw comparisons to artists like The Weeknd, but his cinematic delivery—often accompanied only by an acoustic guitar player—sets him apart. 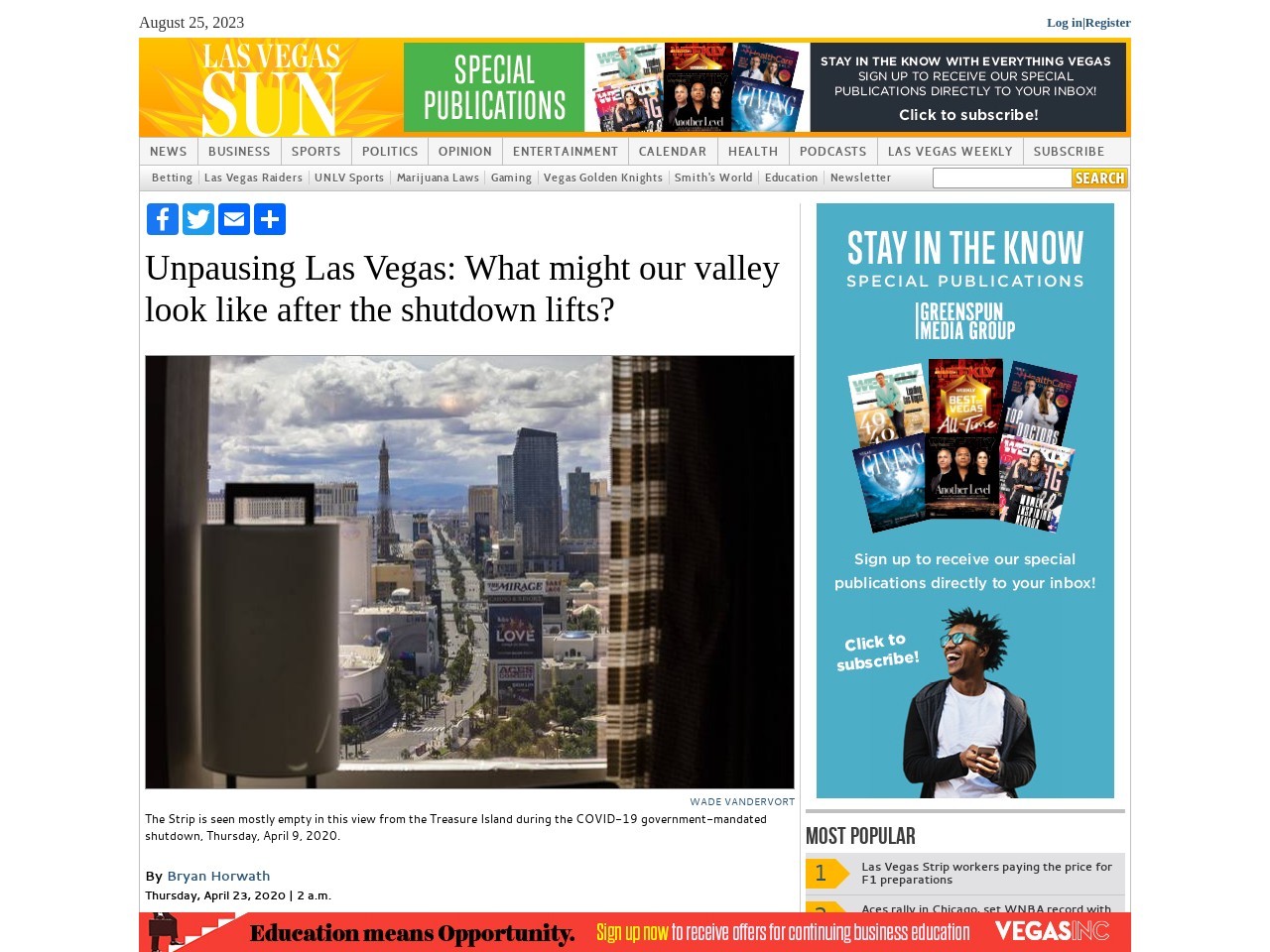 As at properties up and down the Las Vegas Strip, a makeshift Treasure Island crew is working to have the property ready for when Gov. Steve Sisolak lifts his shutdown order to restart business. Reopening could begin as …

With help from his handler, the Las Vegas Aviators’ bat dog keeps in shape while waiting for baseball to begin.

‘Needing Each Other’ seeks to spread love and hope through music.

Peril has also become known for singing the National Anthem at major sporting events in Las Vegas and beyond.

The famed restaurateur passed away this week in Italy at the age of 88.

The Downtown Las Vegas music, art and culinary festival will take place next in the fall of 2021.