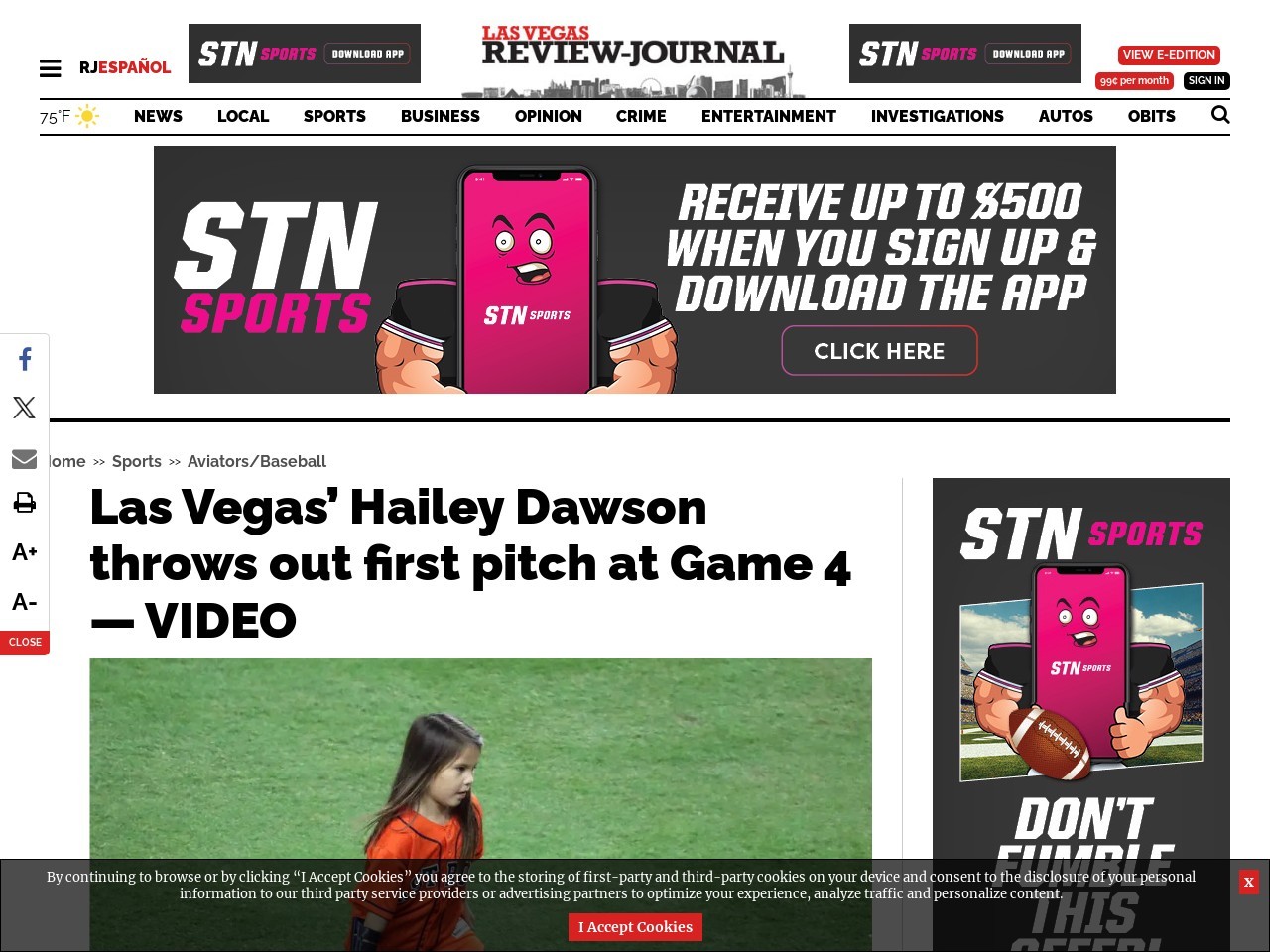 The Game 4 pitch got her one step closer to her dream of throwing out the first pitch at every major league stadium.

Major Series of Putting president Guillaume Beland was inspired to create a putting tournament after playing at Oakmont Country Club in Pennsylvania. The MSOP kicked off Friday and is scheduled to last 10 days.

After the mass shooting on the Strip, a California man raced to Las Vegas to find his wife. The quest lasted 22 hours.

How to watch this week’s college football Top 10 on TV in Las Vegas
www.reviewjournal.com

Here’s how you can watch this weekend’s college football Top 10 on television in Las Vegas on Saturday.

Pedestrian critically injured after being struck by car in east Las Vegas
www.reviewjournal.com

The incident occurred about 6:40 p.m. at the intersection of Tropicana Avenue and Nellis Boulevard, Las Vegas police said. 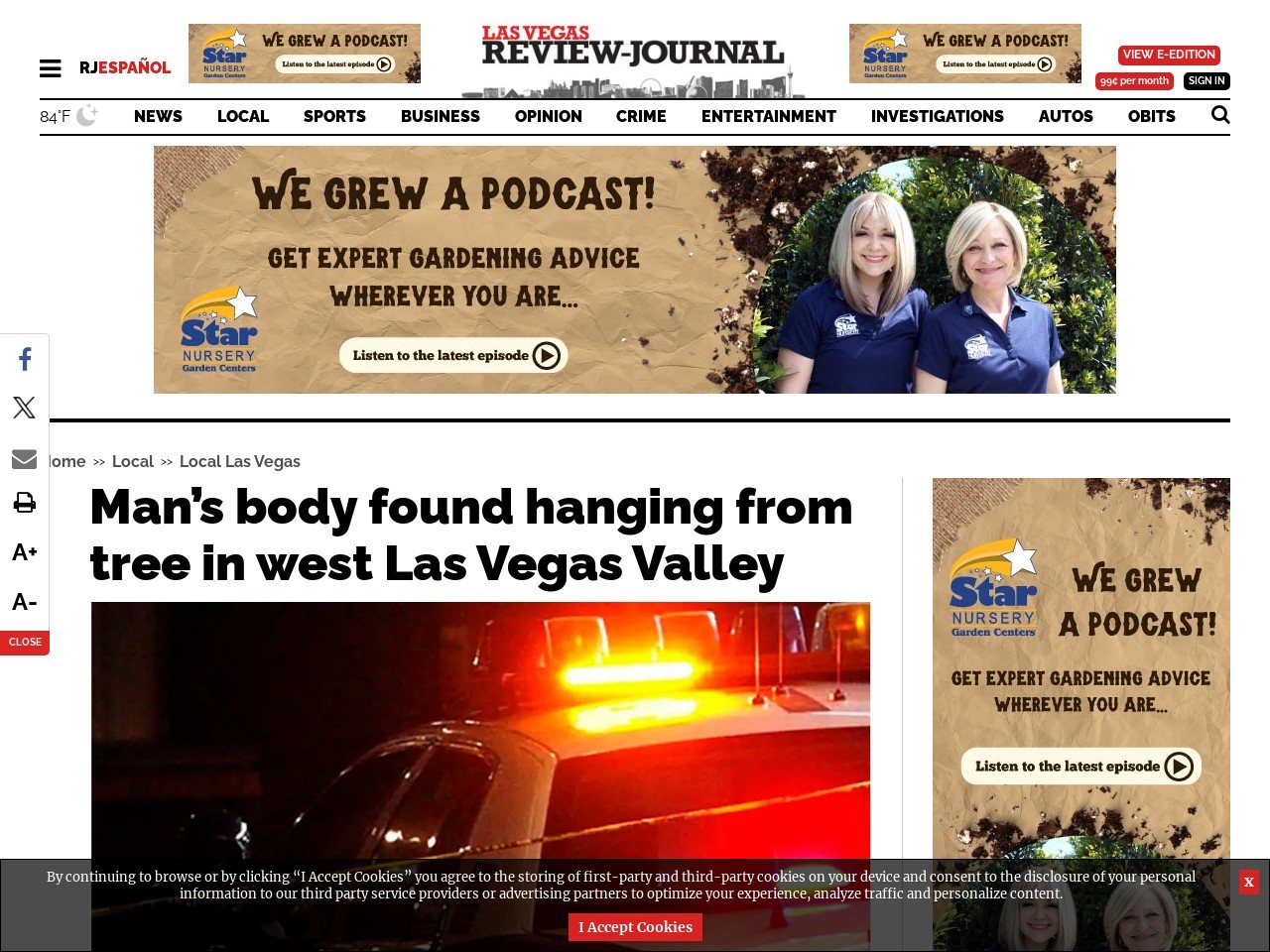 A man’s body was found hanging from a tree in the front yard of a west valley residence Friday night, Las Vegas police said.