The Las Vegas man found dead Monday in a vacant home has been identified as 35-year-old Danny Contreras. 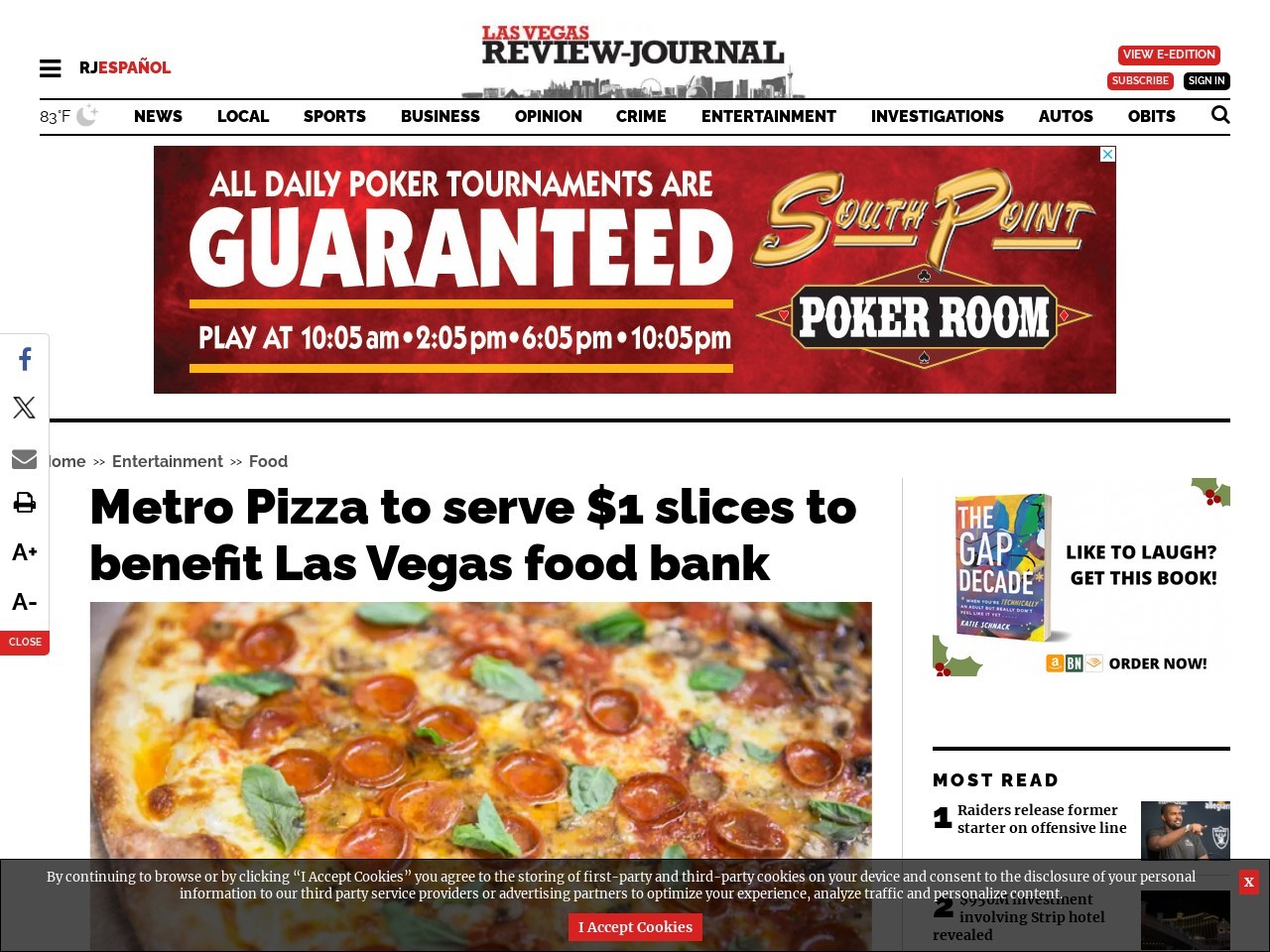 Metro Pizza will have Dollar Slice Night from 6-9 p.m. Wednesday at 1395 E. Tropicana Ave. as a benefit for Three Square food bank.

Home is 1,400 miles away in Minot, North Dakota — a place Andrew Gudmudson has been away from for more than three weeks since he was injured in the Oct. 1 shooting on the Las Vegas Strip.

Legal Aid Center of Southern Nevada said Tuesday that it has created a legal and financial toolkit to help victims’ families and survivors of the Route 91 Harvest Festival shooting.

An external auditor will make recommendations next month on how to rein in gifts and travel at the Las Vegas Convention and Visitors Authority after a Review-Journal investigation into excessive spending.

Several complaints about fairness were brought before Southern Nevada Health District officials Tuesday during a meeting called by the Las Vegas Asian Chamber of Commerce on behalf of members who own restaurants but feared retaliation if they themselves complained.

Just say no to bribing Amazon to come to Nevada
www.reviewjournal.com

Amazon.com announced Monday that 238 metro regions, including Las Vegas, have applied to be the home of its second headquarters.