Exam of Stephen Paddock’s brain unlikely to unlock the ‘why,’ experts say
www.reviewjournal.com

A neuropathological examination of Las Vegas Strip gunman’s brain is being conducted at Stanford University. Here’s what it entails and what it could uncover.

A member of the Las Vegas Stadium Authority says the Oakland Raiders have settled on a date for the groundbreaking of its planned 65,000-seat domed football stadium.

Former NBA star and longtime WNBA coach Bill Laimbeer doesn’t like to bet against the house when he comes to Las Vegas.

It was habit, not heroism, that caused Justin Pearson to grab his gun. But seconds later, that weapon enabled Pearson to stop a kidnapping taking place just outside his Las Vegas home on Oct. 5. 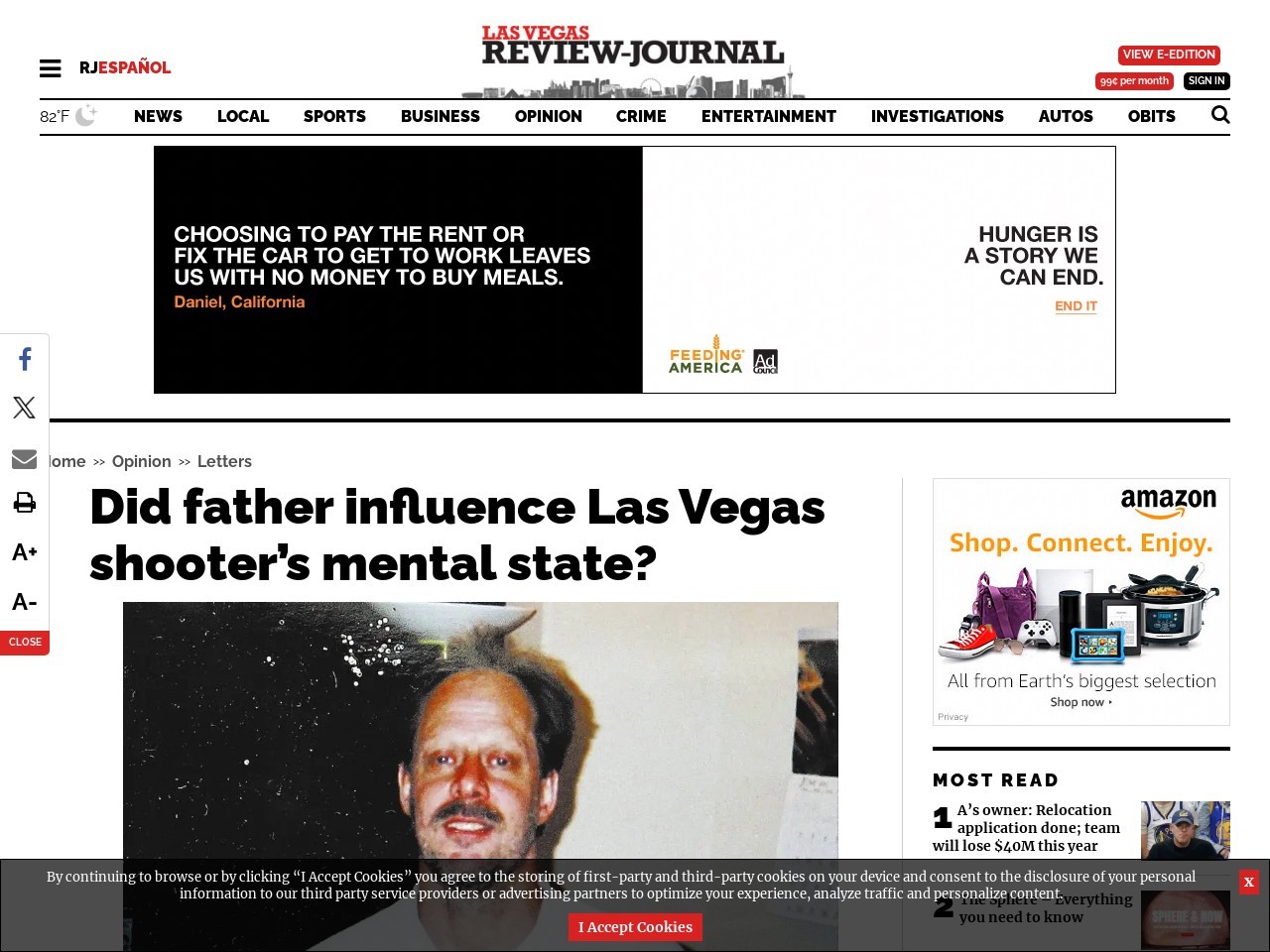 I feel there’s a fine line between mentally ill and “normal.” I feel he wanted to commit suicide and to take as many as he could out with him.

Thousands filled the Orleans Arena on Thursday for “Vegas Strong: A Night of Healing,” one concert that represented many things: a benefit for those impacted by the Route 91 Harvest tragedy, a communal display of shared grief and joy alike, a show of resilience in the face of the once-unthinkable.