Weldeyoanes Zelealem was shot and killed by her husband, Abebe Teferi, while she was working at the Herbst Market at 9475 W. Desert Inn Road, according to Teferi’s arrest report. 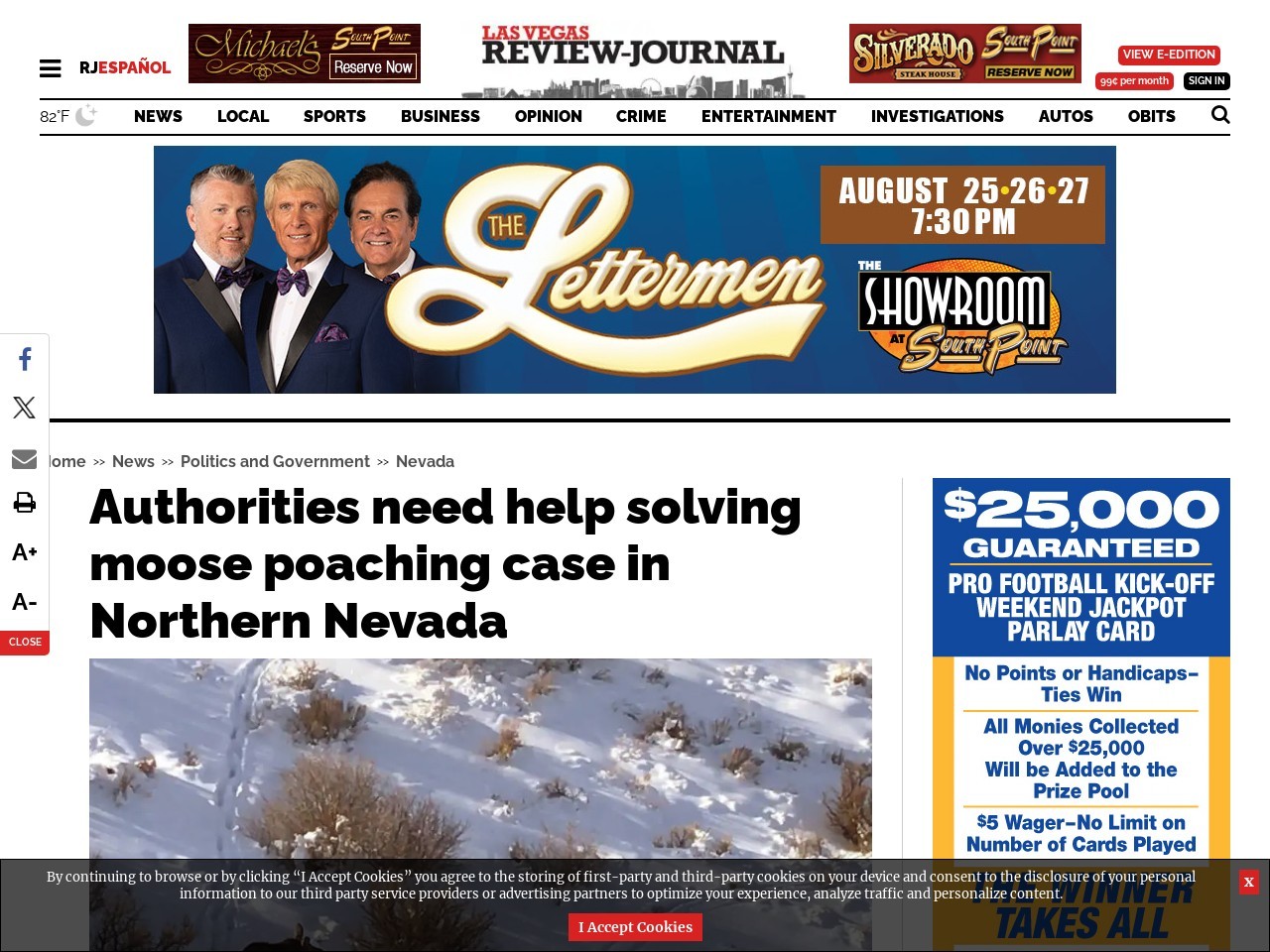 State game wardens ask public’s help locating the poacher or poachers who killed an adult moose last month near Jarbidge, about 500 miles north of Las Vegas, and removed its head and most of its meat.

Jose Villagrana, 21, of North Las Vegas was the front-seat passenger in a vehicle that crashed into a streetlight in the median near Civic Center Drive and Cheyenne Avenue, police said.

Behind the keyboard, he’s no Neil Simon. After all, Simon never penned anything remotely resembling “Die Mother (expletive) Die.” Yet 43-year-old playwright/actor/director Ernest Hemmings has been one of the steadiest (read: persistent and creative) figures on the Vegas community theater scene since he arrived 17 years ago from Cleveland.

A man who died after a fire last week in North Las Vegas has been identified as Freddie Lorenzo Jackson, 36.

During CES, Las Vegas’ largest expo by attendees and convention space, Piero’s opens for lunch and about 30 minutes earlier than the normal 5:30 p.m. And every night is a sell-out.

CES programming kicked off Tuesday morning. This year will be the second CES in a row without any women in top keynote slots — those addressing the entire conference.