The North Las Vegas City Council has approved several road projects totaling more than $32 million that will be funded by the countywide fuel revenue indexing tax.

Clark County is considering a new funding plan to spread high-speed internet throughout the Las Vegas Valley and beyond: charge wireless carriers more to install equipment on public light poles.

MGM to hire 1K for summer positions at its resorts
www.reviewjournal.com

MGM Resorts will hire for 1,000 summer positions at its Las Vegas resorts.

Bruce Huyghue had his wife, a folding chair, and a pair of bright red headphones to keep him company during his wait in line.

Thomas Benson, 56, was arrested last year on charges stemming from the alleged takeover of a bank-owned home on La Mancha Avenue in northwest Las Vegas.

Choice of Texan as Nevada US attorney breaks from tradition
www.reviewjournal.com

Dayle Elieson, who took over Friday as interim United States attorney in Nevada, is essentially unknown in the state, and Las Vegas attorneys are perplexed by the choice.

A man who Las Vegas police initially said died after falling from the hood of a car near the Strip may not have died in a traffic-related fatality, the Metropolitan Police Department announced Friday. 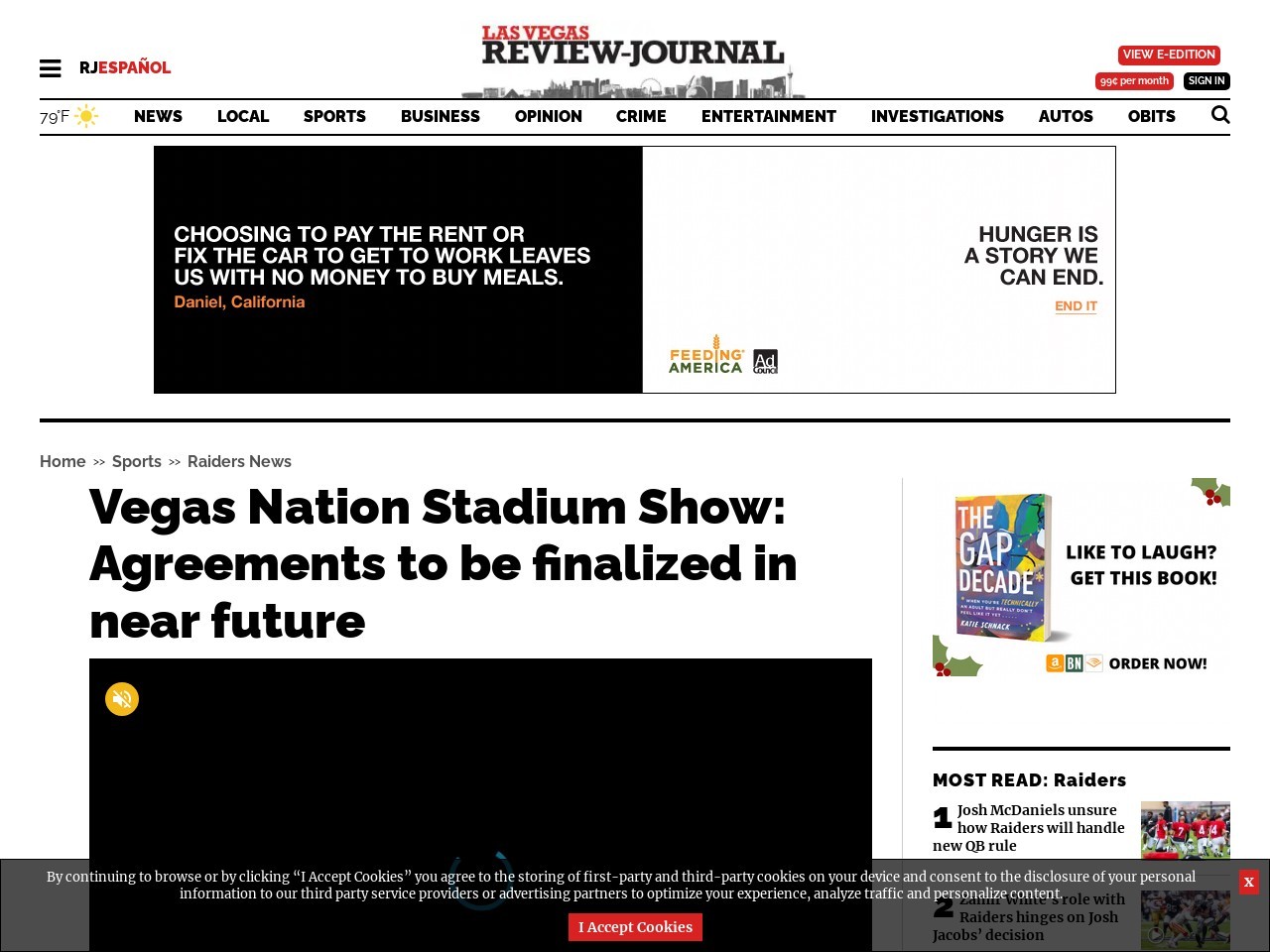 Vegas Nation Stadium Show: Agreements to be finalized in near future
www.reviewjournal.com

The RJ’s Ed Graney and Rick Velotta discuss the latest developments on the approvals and construction of the Las Vegas Stadium.

Whether North Las Vegas Constable Robert Eliason should remain in office has drawn scrutiny from state and county and city officials alike.