A Spirit Airlines passenger has been jailed after a fellow passenger says she was sexually assaulted while asleep on a flight from Las Vegas to Detroit. 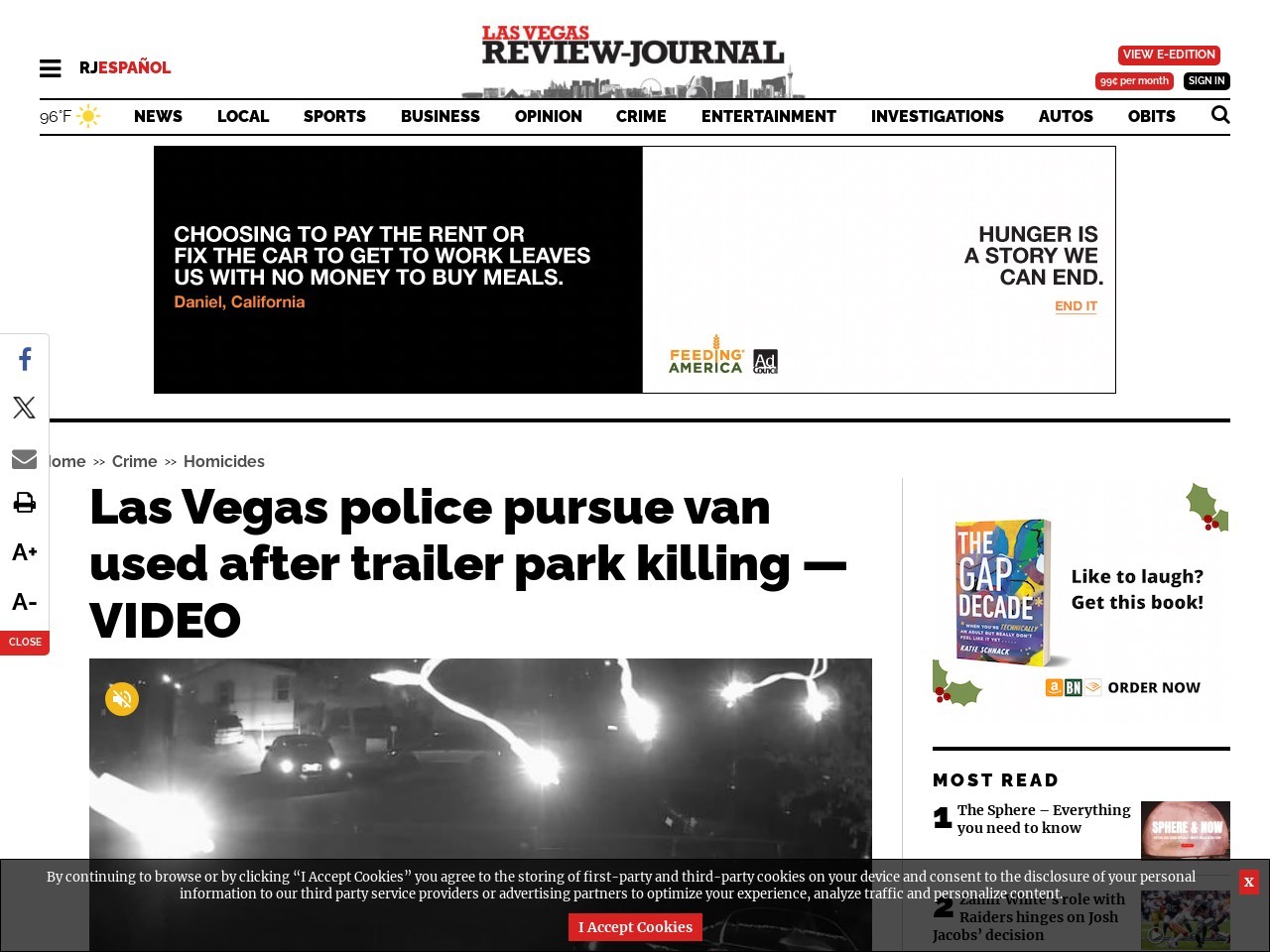 The Metropolitan Police Department is seeking the public’s help to find the getaway van used after a man was shot and killed in a southeast valley trailer park in December.

The Ice Vegas Invitational will be Friday and Saturday at T-Mobile Arena.

Las Vegas police are looking for a man who entered a woman’s home while she was taking out the trash, hid in her closet, and tried to sexually assault her when she returned.

A man is in critical condition Thursday afternoon after he was hit by a car in the central valley, Las Vegas police said.

Currently working on a solo album to be released this year, John Fogerty returns for six shows at Wynn Las Vegas.