As NFL teams tinkered with their final rosters by trading players and signing players from the waiver wire, the Pittsburgh Steelers were just happy to see their all-pro running back walking around the team’s facility.

A child pulled an unconscious 8-year-old boy from a pool and performed CPR on him Saturday afternoon at a northeast valley apartment complex, police said. 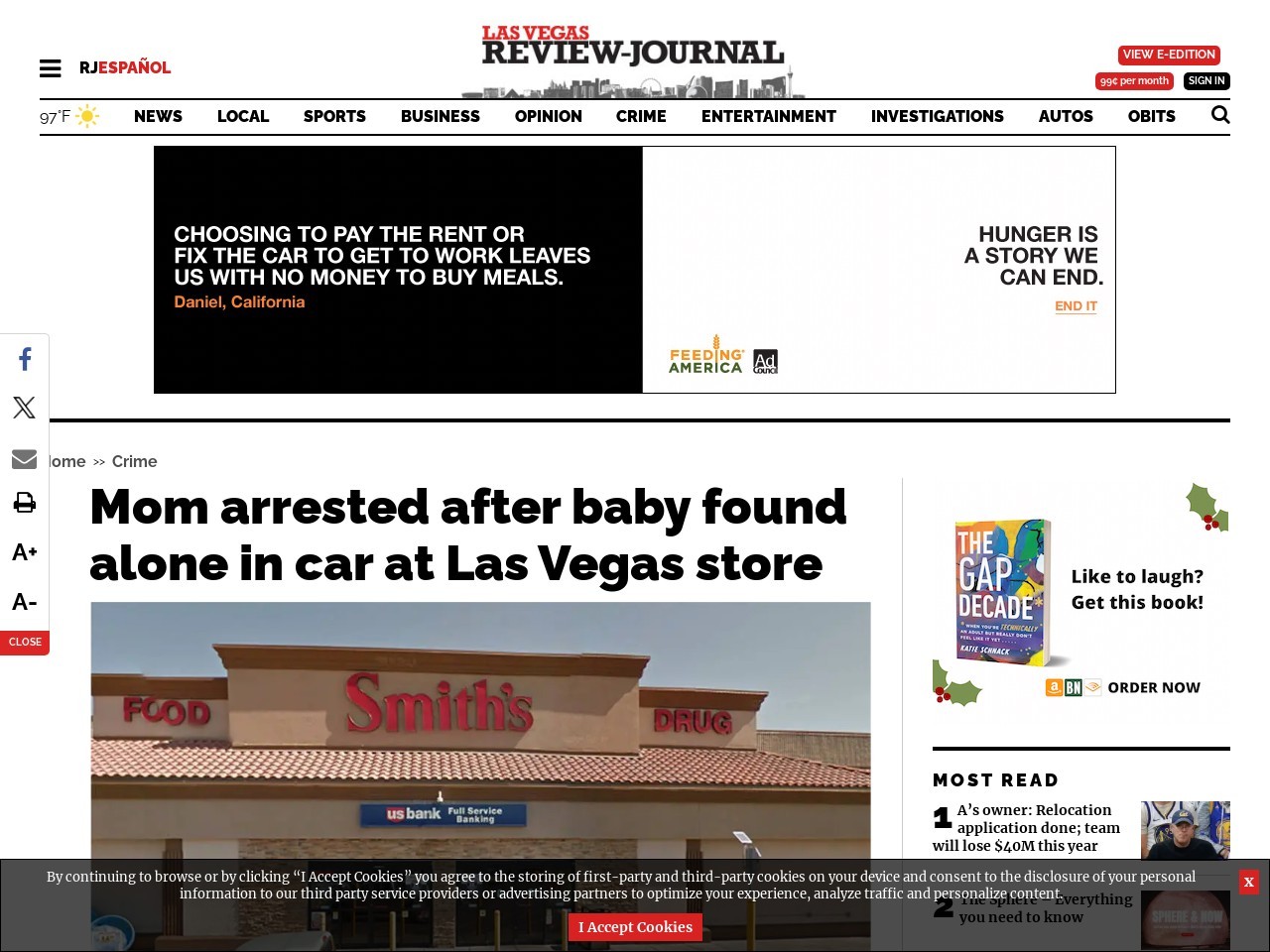 A mother was arrested after a baby was seen crying alone inside of a vehicle Saturday afternoon in a central valley grocery store parking lot, police said.

LAS VEGAS — Visitors to Las Vegas in August 2016 totaled 3.6 million – a record for August – with 554,000 attending meetings and conventions. The latest statistics from the Las Vegas Convention…

LAS VEGAS — Visitors seeking toil and trouble should look no further than Las Vegas to celebrate month-long Halloween fun. Known as the destination that fully embraces adult freedom, there is no…

It is obvious that the swamp has been operating for at least 13 years without any effective oversight. The result: mismanagement flourished.

Bradley Paul Austin, 47, left what the Metropolitan Police Department called five “racially violent” messages on the branch’s voicemail over the course of more than a week, according to his arrest report.