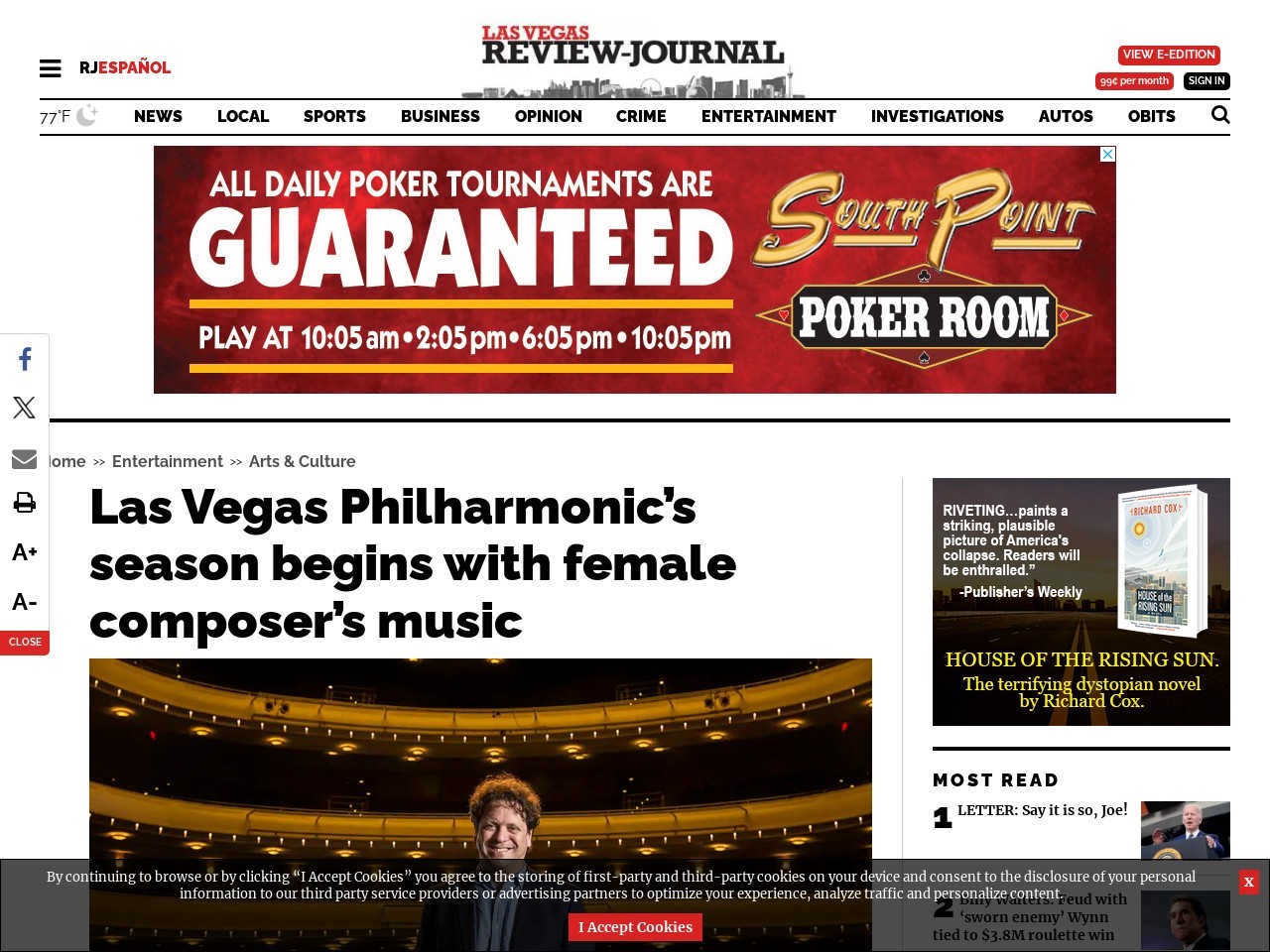 Conductor Donato Cabrera says orchestras have traditionally not represented well the music of women and people of color.

Las Vegas resident Sylvia Day explains what it’s like being one of the world’s top-selling romance authors upon the release of her first new book in three years.

The industry has always made security a top priority.

The app-based service called Porsche Passport gives customers a chance to drive up to 20 different models for a monthly fee of $2,100 for eight model variants or $3,100 for an additional 12 higher-performing models.

Near-empty carpool lanes for the chosen few and gridlock for the masses.

A crowd of friends and family gathered outside Sharon Harrell’s restaurant in the west valley on Friday night to remember the 53-year-old woman, who was found dead Wednesday.

The Aviators maintained a two-game division lead despite a 4-2 loss to the Tacoma Rainiers on Friday night at Las Vegas Ballpark before a sellout crowd of 10,153.