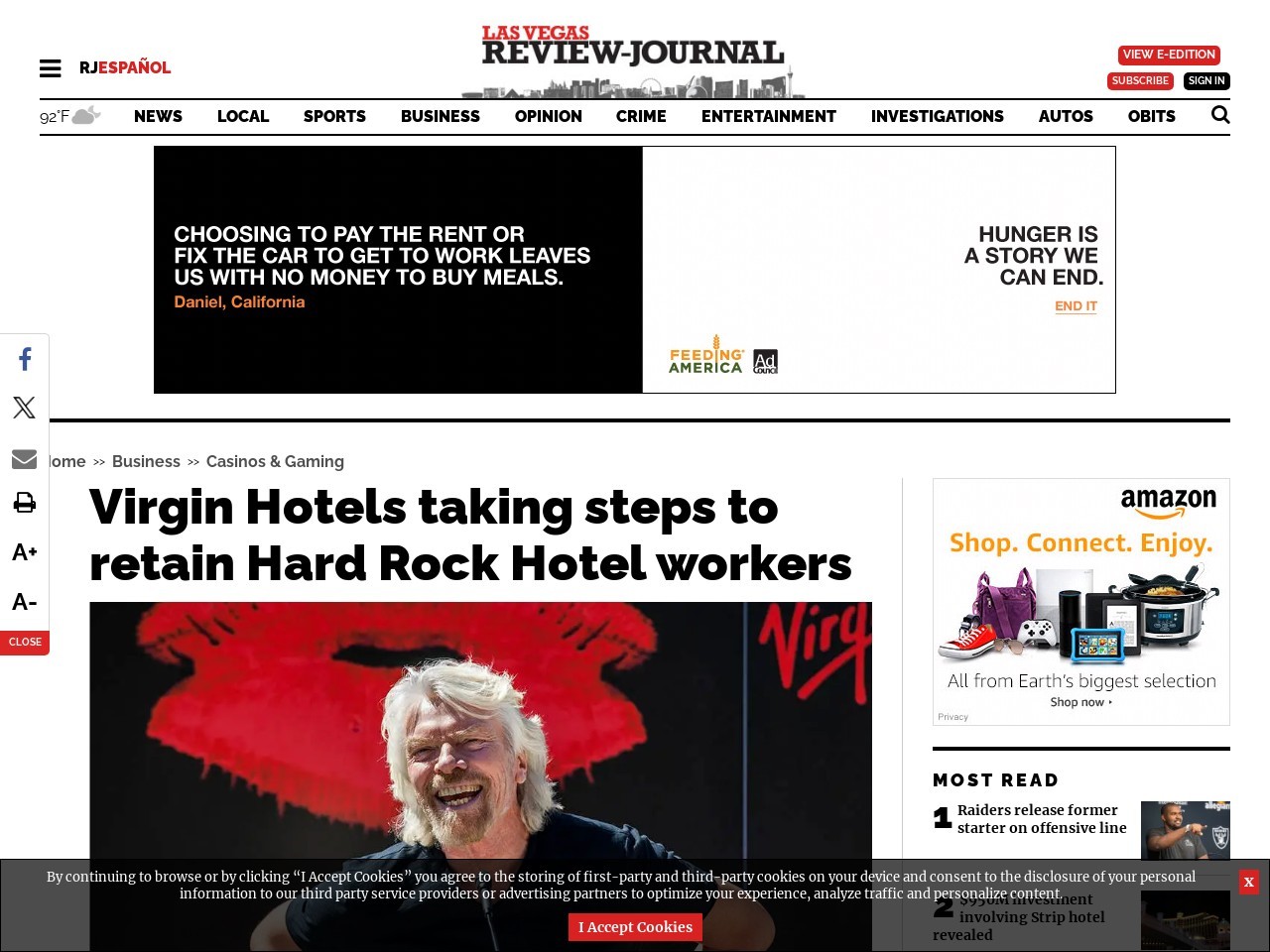 The Stick Around and Come Back program offers current Hard Rock Hotel employees a retention bonus with hopes that they return to the property once its transformation into the Virgin Hotels Las Vegas is complete.

Las Vegas Councilwoman Michele Fiore led the Southern Nevada Regional Planning Coalition in a 6-4 vote Tuesday to disband after 20 years, with its most important responsibility transferred to another agency.

When firefighters arrived, heavy smoke was showing from the one-story wood frame/stucco house.

There is no relief this week from the blistering late-summer weather conditions affecting Las Vegas Valley residents.