Grammy winner will perform “When a Man Loves a Woman” plus more of his hit songs.

The Aviators maintained a two-game division lead despite a 4-2 loss to the Tacoma Rainiers on Friday night at Las Vegas Ballpark before a sellout crowd of 10,153.

The boundary in Clark County where it is illegal to shoot guns was expanded this week to include Lovell Canyon Road and areas in the southwest and northeast portions of the Las Vegas Valley.

At least one person was injured in a shooting Friday afternoon in a residential area north of downtown Las Vegas.

Daryn Firicano, a clinical representative from Las Vegas, has a two-game winning streak. 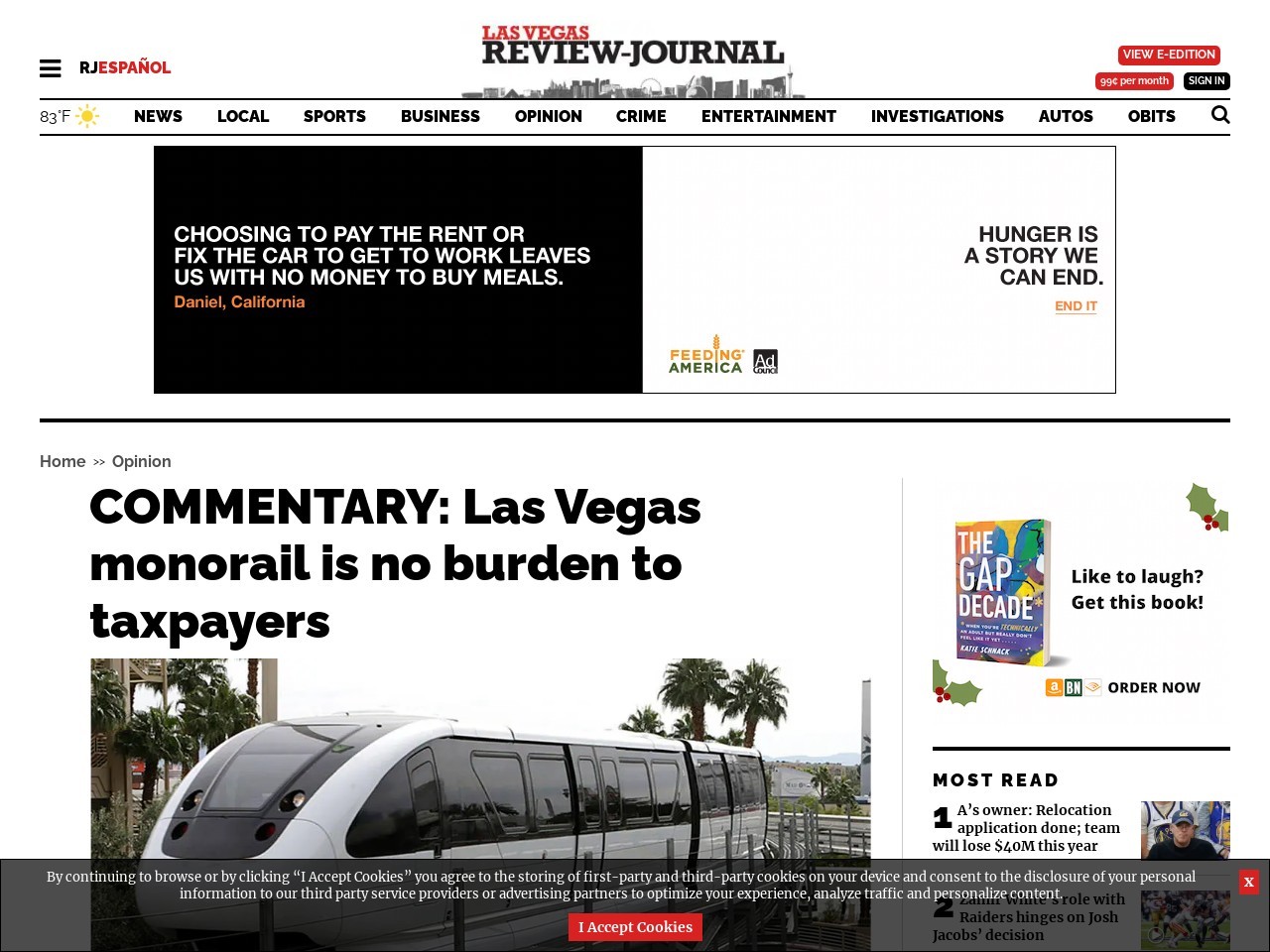 COMMENTARY: Las Vegas monorail is no burden to taxpayers
www.reviewjournal.com

A look back at the year in Las Vegas entertainment
lasvegassun.com

Three unique productions opened and closed in 2019 and we’d like to see them return in the future.