Temperatures slightly above normal will be accompanied by some gusty winds in the Las Vegas Valley this weekend.

Shane “Scooter” Christensen broke the record for longest basketball twirl on the nose in 2016 while playing for the Harlem Globetrotters. 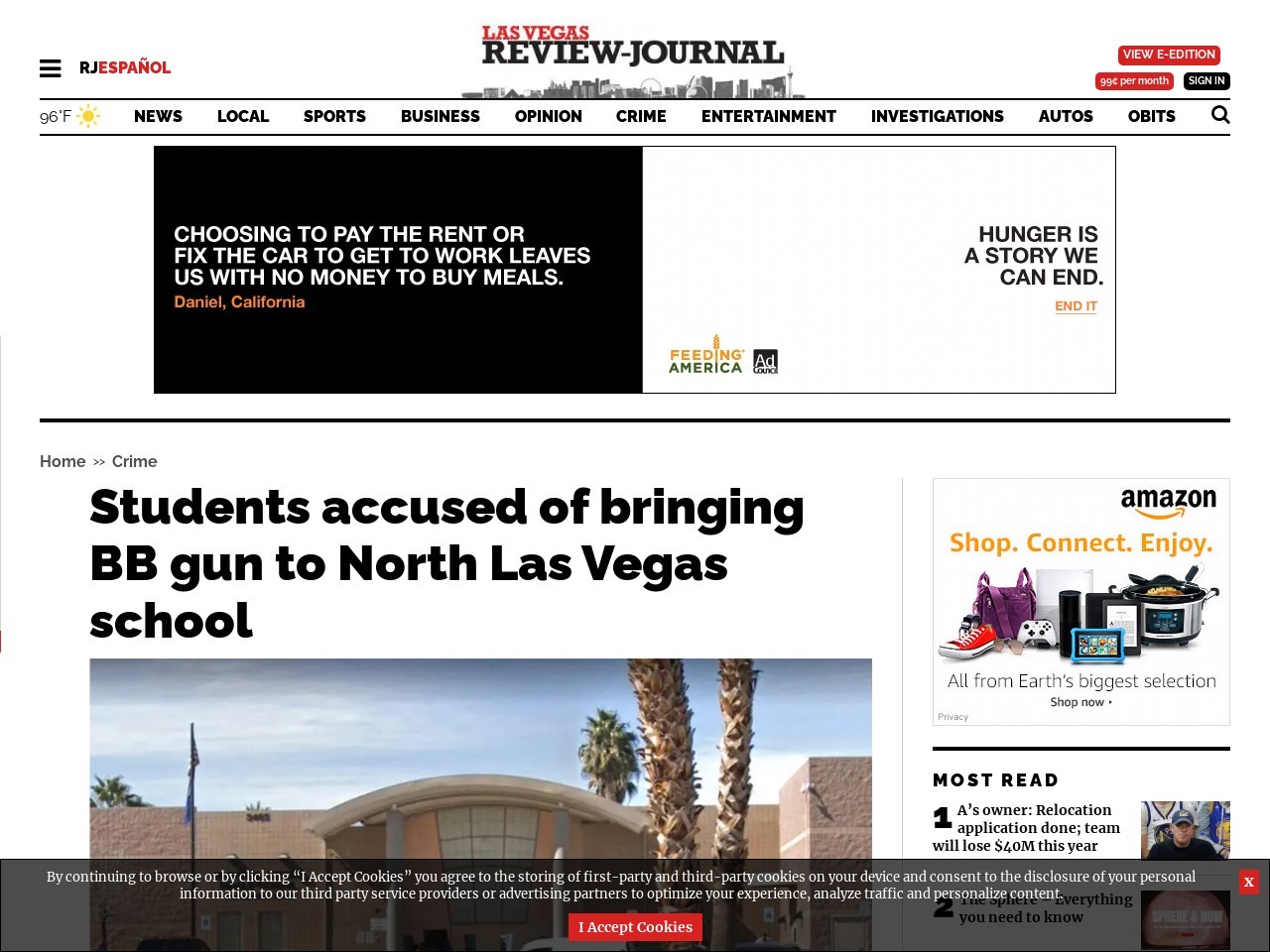