An attempt by a good Samaritan to render aid on Thursday night in the southern Las Vegas Valley proved to be deadly to a 58-year-old man.

5 places in Las Vegas to get elegant eggplant
www.reviewjournal.com

Delightful, versatile vegetable can be a main course, side dish or accompaniment.

Dijan Anderson, 27, faces child sexual assault and trafficking charges after allegedly raping a girl last week outside the Bellagio, according to an arrest report.

Omnia takes the Vegas party scene to the next level
lasvegasmagazine.com 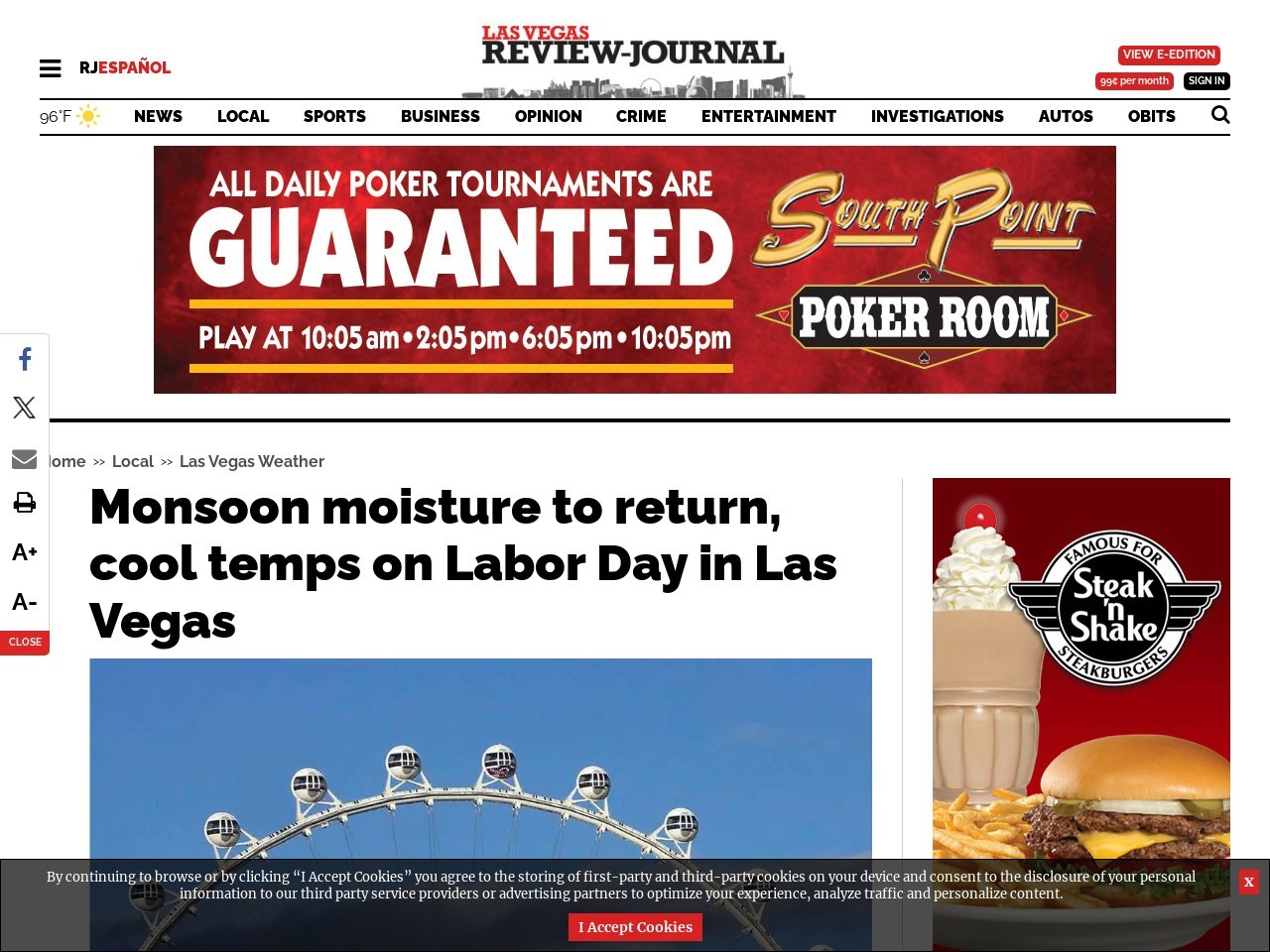 An excessive heat warning will continue through this evening before monsoon moisture heads back into the Las Vegas Valley.