For a few years, the city of North Las Vegas has allowed residents to plant trees at one of the city’s 33 parks to commemorate loved ones, city public-information officer Delen Goldberg said. The city recently added another component, a memorial wall, where people can purchase plaques that feature the deceased person’s name.

Students jumped, then laughed from embarrassment when they triggered rattlers to shake on an art piece titled “Now is Not a Good Time” on a recent Wednesday at College of Southern Nevada’s North Las Vegas campus.

SNS Diner employees are used to a rush of customers during lunch hours on weekdays. The lines have been longer than normal recently at the North Las Vegas restaurant, dubbed the “home of secret barbecue,” Michael Poniewaz said.

The third period has been the Golden Knights’ strength lately, as it has surged to the top of the Pacific Division with a 13-6-1 record and 27 points in 20 games.

Yes, it tucked away in a tiny commercial slot. Yes, it has a limited menu. Yes, it’s food you take home to cook yourself. And yup, you can take all the credit for the chef-quality tastiness it provides. 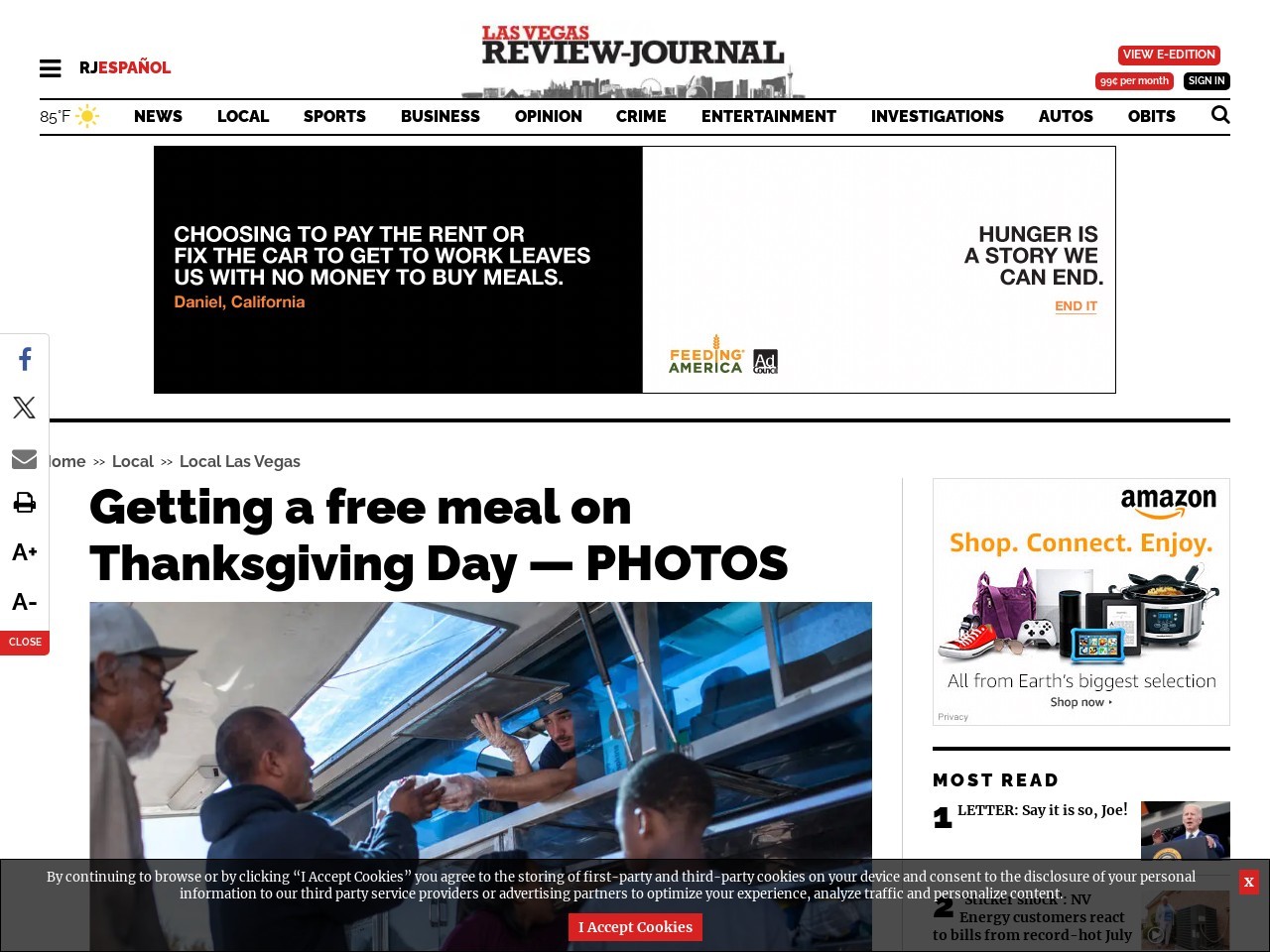 Getting a free meal on Thanksgiving Day — PHOTOS
www.reviewjournal.com

Bigg Maxx’s Doggs, a food truck, handed out free hot dogs to homeless people at the intersection of Las Vegas Boulevard and Owens Avenue in Las Vegas on Thanksgiving Day.

It was one of the first races of her budding stock car career. Danica Patrick was following Kevin Harvick at Las Vegas Motor Speedway, and Harvick was gesturing out his window net. He wanted to show her the fast way around the track.