Six people were displaced Tuesday morning after a house fire in the western valley.

Saundra de Montaño and Jordi Montaño-Carrera met in the Bay Area in 1995 and one year later, they were on their way to Las Vegas to exchange wedding vows. Little did they know that they would eventually call this city home and plant roots at Juhl, a 344–residence, loft-style community in downtown Las Vegas known […] 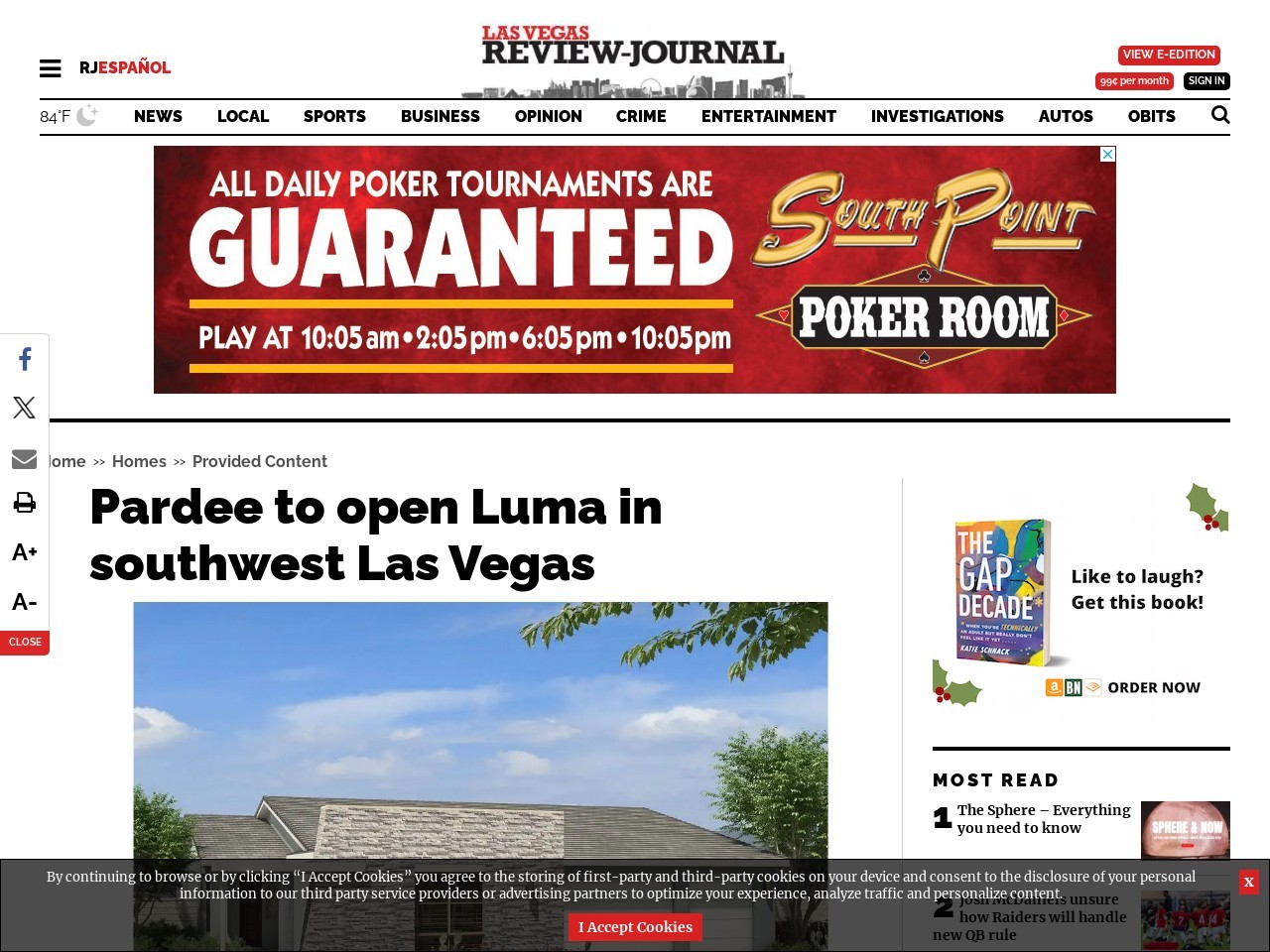 A Dec. 2 grand opening is planned for Pardee Homes’ Luma, located off Fort Apache Road north of Sunset Road at Patrick Lane in the southwest valley.

Here are your Tuesday morning headlines.

Inspirada in Henderson is the nation’s ninth top-selling master-planned community. It continues to demonstrate rapid growth with the opening of Fire Station 91, which began service last month. The opening was especially memorable for the city of Henderson, which hasn’t opened a fire station since 2002.

Thanksgiving week in the Las Vegas Valley will be “very warm for this time of year” — with highs near 80 on Thanksgiving Day — due to a high-pressure system, the National Weather Service said.

A neighborhood in the northwest Las Vegas was briefly evacuated Tuesday morning after reports of gunfire.

Cost, controls on composting have mired its adoption in Las Vegas
www.reviewjournal.com

For businesses, organizations and residents looking to give their food scraps a second life, options are limited. That’s pushing more people to consider composting themselves and others in the organics recycling business to increase their capacity and outreach.