Las Vegas ZIP code home to most registered drone hobbyists in US
www.reviewjournal.com

A single ZIP code in Las Vegas holds the most registered hobbyist drone users in the country. 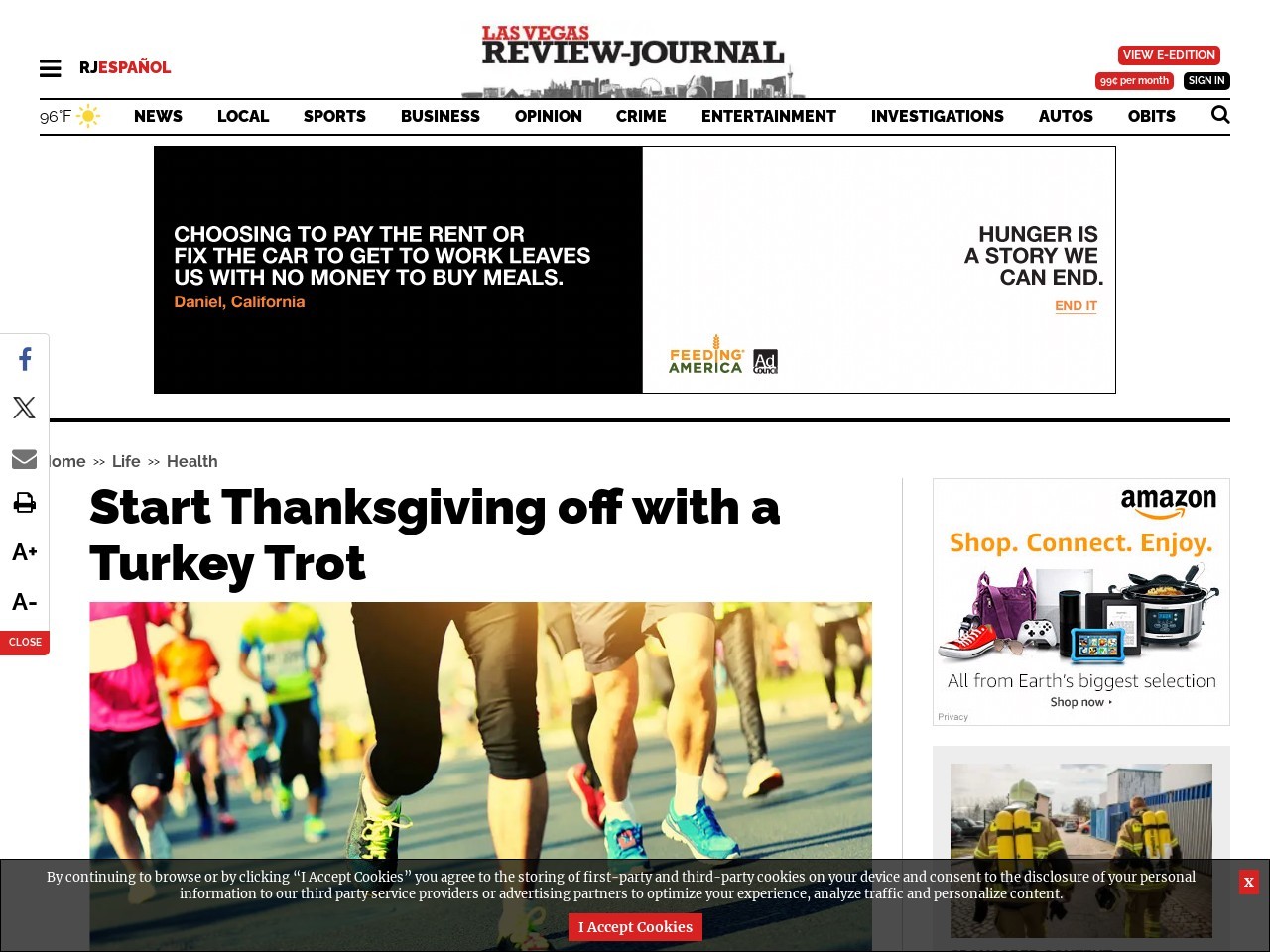 Start Thanksgiving off with a Turkey Trot
www.reviewjournal.com

UFC heavyweight Francis Ngannou has spent the last six months living and training in Las Vegas as he prepares for a Dec. 30 fight against Alistair Overeem at UFC 218 that may propel him to a title shot.

Police on scene after man barricades himself inside home
www.reviewjournal.com

Las Vegas police are investigating after a man barricaded himself inside a northeast valley home Monday night.

Bryan Salmond and Kelly Stewart go over the most entertaining social media posts surrounding the Raiders loss to the Patriots.

Bryan Salmond, Ed Graney and Michael Gehlken discuss the Raiders loss to the Patriots in Mexico City, including Tom Brady’s performance and the lack of depth in the Raiders secondary.

The Transgender Day of Remembrance Vigil was held at the Metropolitan Community Church in Las Vegas on Sunday.