Thanksgiving week in the Las Vegas Valley will be “very warm for this time of year” — with highs near 80 on Thanksgiving Day — due to a high-pressure system, the National Weather Service said.

A neighborhood in the northwest Las Vegas was briefly evacuated Tuesday morning after reports of gunfire.

Cost, controls on composting have mired its adoption in Las Vegas
www.reviewjournal.com

For businesses, organizations and residents looking to give their food scraps a second life, options are limited. That’s pushing more people to consider composting themselves and others in the organics recycling business to increase their capacity and outreach.

This weekend’s NFL broadcast games in the Las Vegas market.

Police report that former Clark High School coach Juan Alfredo Chavez first tried to hug the student, then attempted to kiss her on the lips before a school football game.

Las Vegas ZIP code home to most registered drone hobbyists in US
www.reviewjournal.com

A single ZIP code in Las Vegas holds the most registered hobbyist drone users in the country.

Start Thanksgiving off with a Turkey Trot
www.reviewjournal.com

UFC heavyweight Francis Ngannou has spent the last six months living and training in Las Vegas as he prepares for a Dec. 30 fight against Alistair Overeem at UFC 218 that may propel him to a title shot. 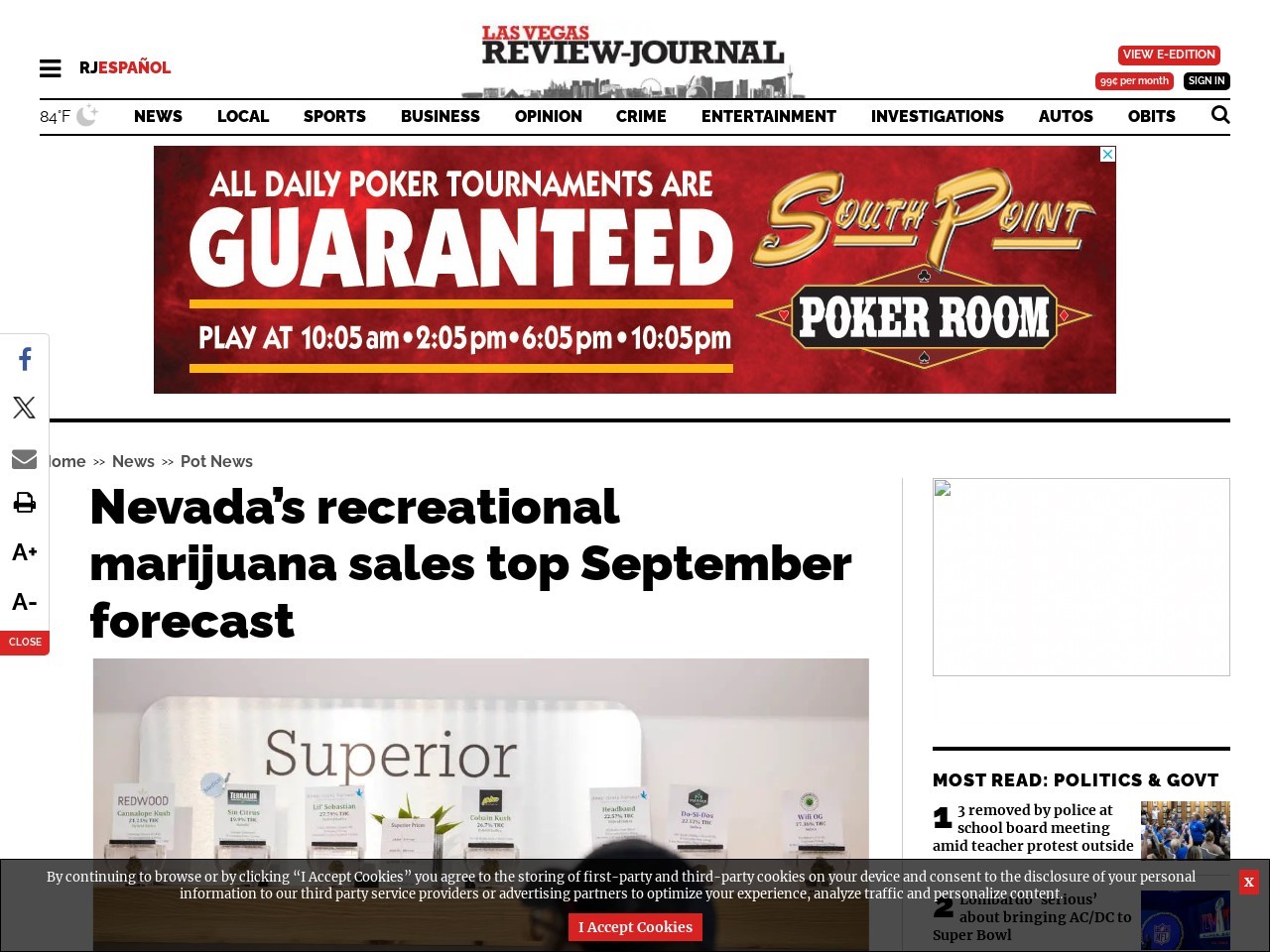