Caesars plans to start building the first zip line on the Strip next year.

A 24-year-old man killed Friday in a North Las Vegas shooting has been identified.

MGM Chairman and CEO Jim Murren expresses confidence in “the stability of our business and the enduring power of the Las Vegas brand” in a statement issued on MGM’s third-quarter earnings.

Here are your Wednesday morning headlines.

Las Vegas’ WNBA team finished with the worst record in the league last season as the San Antonio Stars, but it features several young players who could develop.

Changes have been made to this coming weekend’s Geico Rock ‘n’ Roll Marathon run through Las Vegas as a result of the Oct. 1 gun massacre at Mandalay Bay, which resulted in over 500 injuries and 58 deaths. The new start line will be at the New York-New York, one mile north of the previous […]

Lomita, California-resident Bob Patterson lost his wife, Lisa, who was his best friend of 28 years and the mother of his three children, to the Las Vegas shooting. And even as he deals with financial difficulties, he says he’s going to have to give back money that came in for funeral expenses. 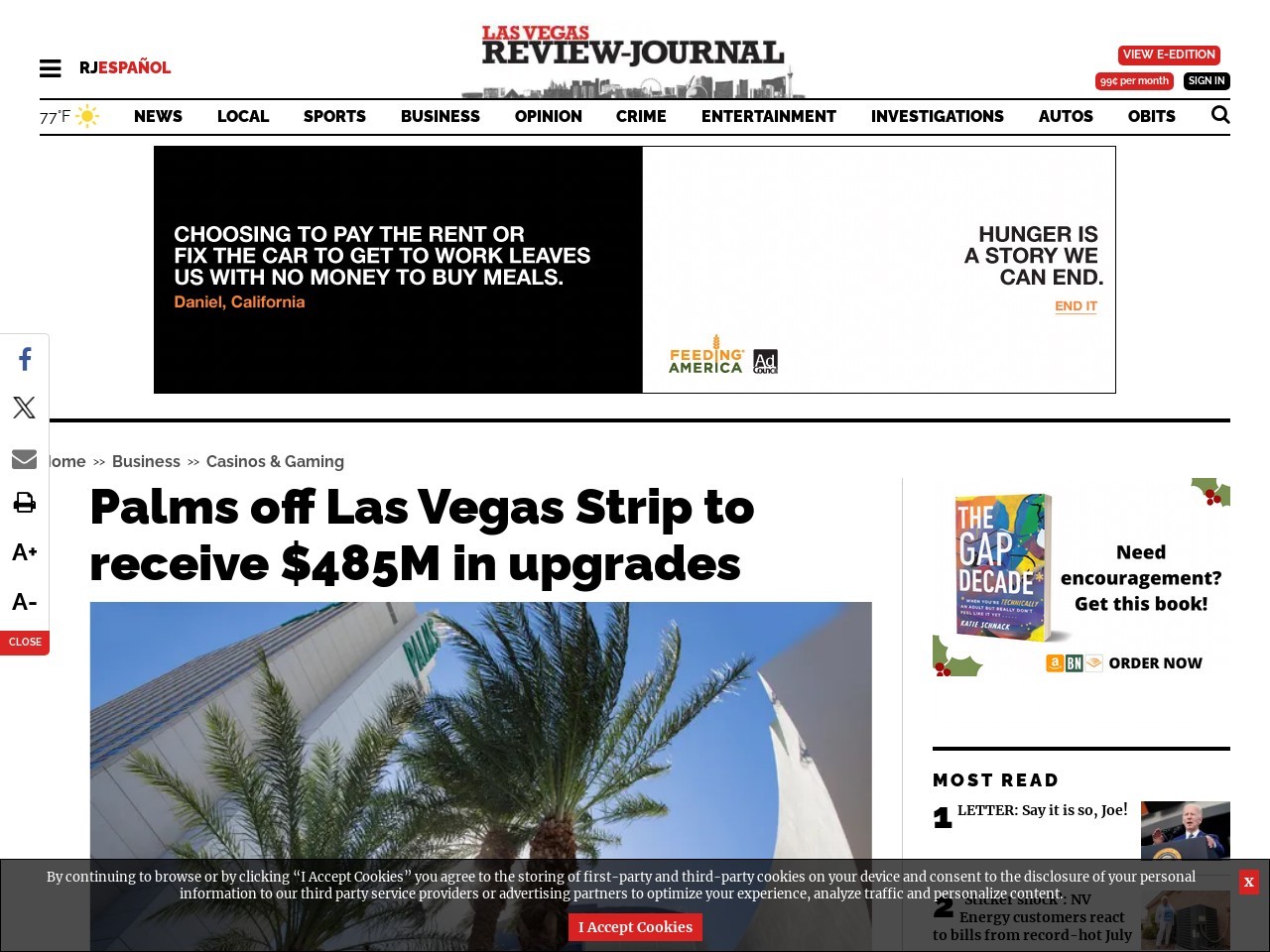 The company that operates Station Casinos on Tuesday announced a new investment in the Palms that would total $485 million in improvements for the off-Strip property the company acquired about a year ago.

Many Las Vegas Valley restaurants are offering discounts and freebies in honor of Veterans Day.

Executives at MGM assembled quickly on news of the shooting on the night of Oct. 1, making sure that employees and guests had needed support. By 8 a.m. on Oct. 2, MGM coordinated with Clark County to bring about 40 counselors onto the Strip.