A Las Vegas college student took matters into her own hands after falling victim to a cash-for-diamond scam online. Eighteen-year-old Shelby Carlson was offered $7,500 for a diamond she had posted on Craigslist. When the PayPal message she received turned out to be a fake, she decided to track down those responsible. KFMB-TV’s Marcella Lee […] 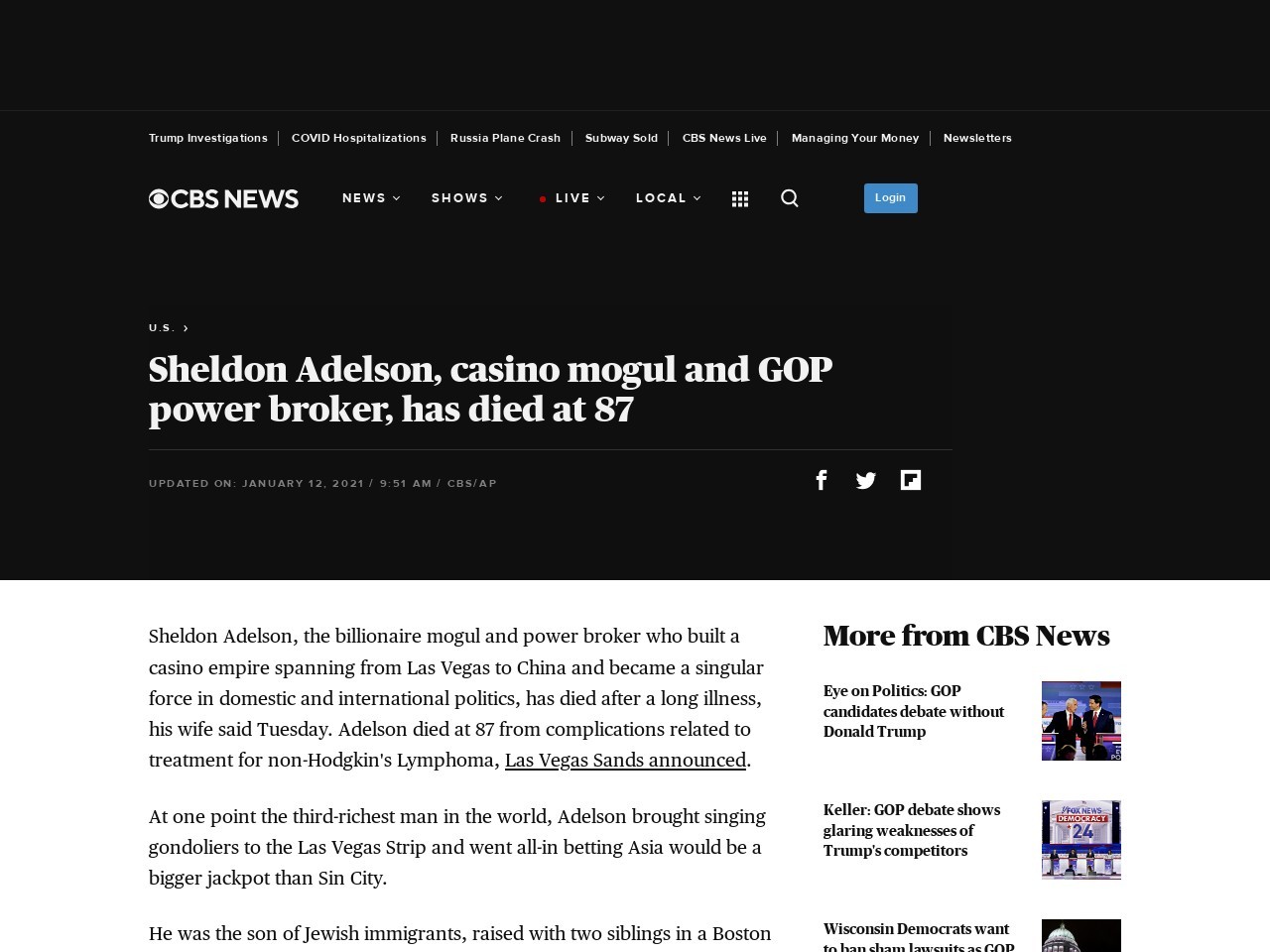 Sheldon Adelson built a casino empire spanning from Las Vegas to China and became a singular force in domestic and international politics.

Tony Hsieh, the retired head of Las Vegas-based Zappos.com, died Friday, November 27. In this profile that originally aired on “Sunday Morning” June 6, 2010, correspondent Erin Moriarty talked with the then-36-year-old CEO whose online shoe retailer was thriving, thanks in part to a unique company culture and its revolutionary customer service. Hsieh also discussed […]

Economic fallout from COVID-19 was “a punch in the gut” to thousands of workers on and off the famous Vegas Strip.

This Sunday’s episode of CBSN Originals, “Reverb | Losing Las Vegas,” reveals the lingering impacts of the pandemic-related shutdown in a city many economists say will be one of the last to recover. CBSN Originals correspondent and executive producer Adam Yamaguchi joined CBSN’s Tanya Rivero to talk about what they found.

Both President Trump and Democratic presidential nominee Joe Biden have been hitting the campaign trail. The president rallied his supporters just outside of Las Vegas on Sunday night in his first indoor event since June. Meanwhile, former Vice President Joe Biden spoke in Wilmington, Delaware, on Monday about the devastating wildfires ravaging the West. CBS […]

Did you know that Nevada has two designated state trees? The single-leaf pinyon pine and the bristlecone pine, both of which can be found here in the Spring