MGM might be looking to sell some Las Vegas Strip assets
www.reviewjournal.com

Business opportunities abroad and the possibility of a recession could be pushing MGM Resorts International to sell some of its Las Vegas Strip assets, according to analysts.

Society’s attitude can change and real solutions can be found, despite limited resources.

Dolphins on clock for No. 1 pick in 2020 NFL draft in Las Vegas
www.reviewjournal.com

Miami is one of six 0-3 teams, along with the Redskins, Jets, Broncos, Bengals and Steelers, and probably would take Alabama’s Tua Tagovailoa with the No. 1 overall pick. 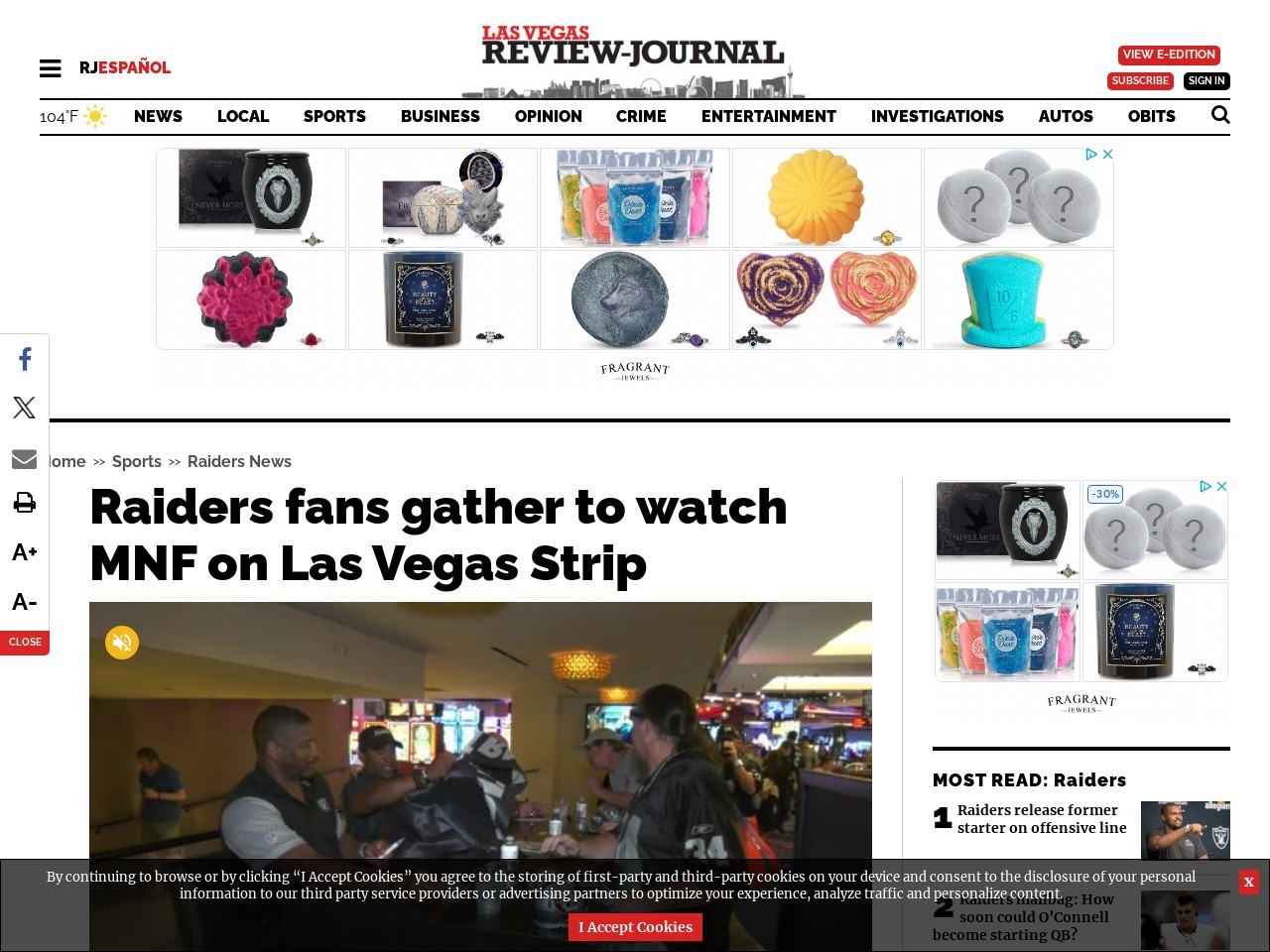 Raiders fans gathered at The Linq Hotel Monday night to watch the Raiders take on the Denver Broncos in Monday night football.

This unique style means an experience like no other.

The Aces chartered a plane to Washington, D.C., on Monday, under the direction of WNBA commissioner Cathy Engelbert, who also made the allowance for the Los Angeles Sparks.

The Las Vegas housing market has plenty to offer.